Few Australians know this story – but all should. 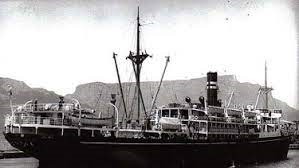 Seventy-seven years ago today 1053 civilians and Australian troops were about to begin their last tragic journey from Rabaul, the capital of Australian-mandated New Guinea. They were crammed onto a Japanese ‘Hell Ship’, the Montevideo Maru, for transport to Hainan as slave labour. The ship left Rabaul harbour on June 22, 1942. On July 1, it was off The Philippines when it was torpedoed by an American submarine. The captain of the USS Sturgeon had no idea his target was carrying Allied prisoners. All the prisoners perished in the most horrendous of circumstances.

It was – and remains – Australia’s greatest maritime disaster. Twice as many Australians died in eleven minutes than in the entire Vietnam War. But families were kept in the dark by bumbling authorities for decades. They were unable to grieve or even confirm their loved one’s fate. The shameful lack of action and recognition was a national disgrace. A group of us – then known as the Rabaul and Montevideo Maru Society – campaigned for a memorial to the victims at the Australian War Memorial and began raising funds. In 2012 the superb memorial was unveiled. The then Governor- General Quentin Bryce gave an emotional speech (see the video). Midnight Oil singer-turned politician Peter Garrett lost his grandfather Tom on the ship and represented the Prime Minister at the event. Labor identity Kim Beazley also lost a family member – his uncle Syd Beazley. The brother of 1939 Prime Minister Sir Earle Page was another victim, as was Wallaby rugby star Mac Ramsay.

But they were all equal in death. I’m dedicating this video to a dear friend of my family, Reginald Arthur Parry. He was the Senior Medical Assistant at Kokopo Hospital. Only weeks out from the Japanese invasion his wife Annie Barbara was evacuated on the MV Macdhui with other wives and families. My Dad Alf was on the Macdhui aged fifteen and half. If he’d been born half a year earlier, he would have been forced to stay along with all others aged 16 and over. Dad would have been on the Montevideo Maru as well (Mrs Parry had helped deliver baby Dad at Kokopo in 1926). Reg Parry bravely elected to stay on to look after his patients and was taken prisoner by the Japanese after they landed on January 23, 1942.

Reg’s son, Col Parry, came back to Rabaul post-war, as did my father. Col became a very dear friend of Dad and my mother Mary Lou. His daughters Cathy Parry-McLennan and Rhonda Parry are members of the former PNG community in Australia.

This video is a contribution by the Papua New Guinea Association of Australia (PNGAA) and the Rabaul and Montevideo Maru Group. If you want to become a member, go to https://pngaa.org/members/become-a-member/

We will commemorate the 77th anniversary at a lunch in Canberra (see the website for details) on Sunday June 30. Then on the actual date on Monday, July 1, there will be a special Last Post ceremony at the Australian War Memorial for the victims.
Max Uechtritz