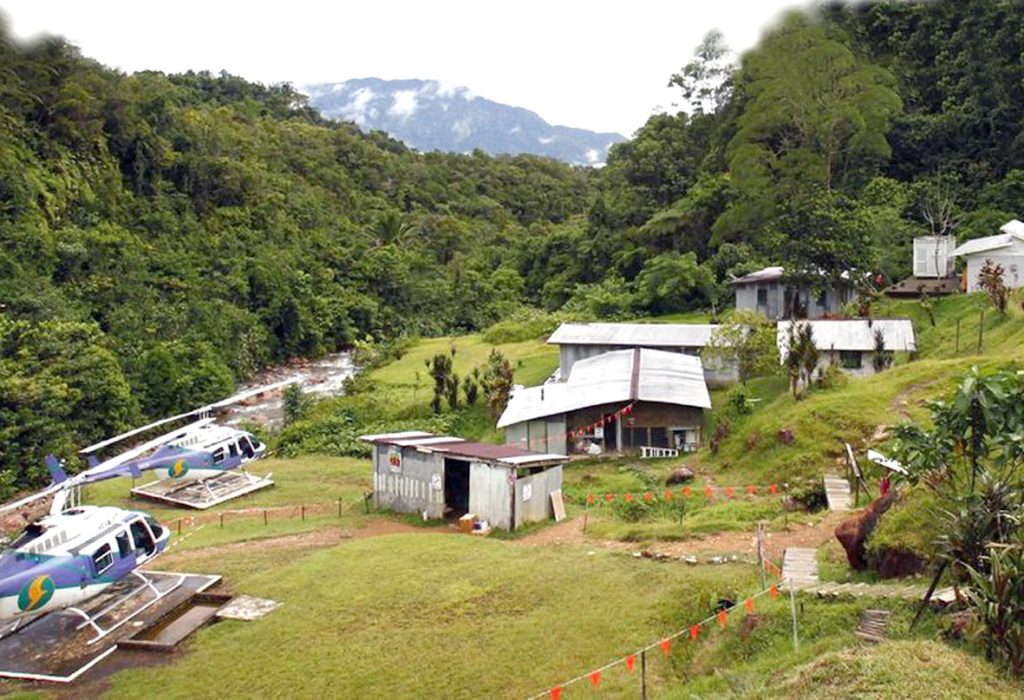 The people who live along the Sepik River, who depend upon it for their livelihoods, are facing the fight of a lifetime. The Chinese-owned Guangdong Rising through its subsidiary, PanAust, is seeking approval from the Papua New Guinea government to establish the Frieda River copper and gold mine. If the Sepik people fail in their objections and the mine goes ahead, it is likely to cause far greater devastation to the environment than the controversial Panguna, Ok Tedi and Porgera mines.

My interest in the mine stems from a visit I made to the site in January 1996 at the behest of the late Malcolm Roy ‘Kela’ Smith, CMG, MBE, DFC, the owner of Pacific Helicopters in Goroka. I had known Mal from the time he first came to Goroka as a chopper pilot around 1972, when I was Assistant District Commissioner in Goroka, and subsequently from 1988 to 1992 when I was Goroka Town Manager.

In 1962 I had spent six months at Imonda in the West Sepik establishing a new patrol post and airstrip on the border with Indonesia and in 1963 spent the year as officer-in-charge at Green River patrol post.

Mal contacted me in December 1995 to ask if I’d be interested to have a look at a joint venture proposal he was negotiating with representatives of the Frieda River mine site to setup an air charter business to ferry supplies from coastal ports to the Frieda River base camp. At the time I was comfortably ensconced in the inland Queensland town of Kilcoy running the family newsagency, but I was due to take a couple of weeks off to holiday on the coast. Mal told me that if the venture got off the ground there would be an opportunity for me to take on a fly-in fly-out management position, so I decided to take up his offer to spend a fortnight in Papua New Guinea.

In January 1996 I flew to Port Moresby for a briefing, then went on to Goroka and, the following day, Mal and I flew by Cessna to Tabubil for an overnight stay at Cloudlands Hotel, managed by an old mate, Howard Mason. Here I met one of the landowners’ representatives, a smooth-talking fellow who had been a minor diplomat in PNG’s foreign affairs and was now working for Ok Tedi mines.

The next day we flew north to the airstrip alongside the Frieda River where I would spend about a week at the base camp. Mal flew back to Goroka. Within a day or two it became clear to me that things were not quite what I had been told. Even the expatriate base camp manager employed by the site’s then owners, Highlands Gold, told me that Mal was not exactly welcome amongst the local people. He advised me to proceed cautiously.

I arranged meetings with local village people, who came along reluctantly and only after reassurances that I was there to determine who the real landowners were. When they relaxed they informed me that the two men who were talking with Mal Smith had no authority to represent them, nor were they in any way related to anyone in that part of the Sepik, not even by marriage.

This information certainly threw a big spanner in the works and I spent the remaining time taking statements from the real landowners and compiling a list of their names. I also spent time pondering how I was going to break this bad news to Mal.

When I returned to Goroka he was out of town so I compiled a detailed written report of my findings, which I presented to him in his office the following day. His response was furious and littered with profanities. Needless to say, and to my great regret, my relationship with him ended acrimoniously. I was certainly taken aback by his attitude but could understand that it would have been quite humiliating for him to be informed that he had been conned by two smooth-talking crooks. After all, he had been a highly successful businessman, developing one of the biggest rotary wing aircraft operations in the southern hemisphere, and rarely, if ever, not getting his way in the world.

Overall, I really enjoyed this brief episode in my life, flying around some of the more remote parts of PNG, meeting the landowners and chatting about their activities and taking a chopper ride high in the mountains above the Frieda River base camp to see the engineers working on the prospect.

It’s a beautiful part of the world. And let’s hope it remains buried treasure.

This story was first published in PNG Attitude, 8 July 2021

Note: A detailed account of the proposed mine at Frieda River and a description of its likely impact can be viewed at: