I am really pleased to be here today to meet all of you: friends of Papua New Guinea, especially ex-residents of PNG and most of all my very good friend Mr Harry West who was then the District Commissioner of East New Britain and I was President of Rabaul Town Council and Chairman of the Combined Local Government Councils of East New Britain – and of course the Coote family were living opposite us in 2nd 22nd Street, Rabaul.  Andrea, your President, was then only a young girl not even in her teens. Some of you may not know that the name of that street was derived from the 2nd Army 22nd Battalion of Australia which had three thousand soldiers stationed at that location to defend Rabaul from the expected invasion of the Japanese forces.

So, today, I am here as a friend to talk to you about PNG, to share with you some of my life experiences and to express some of my opinions about the development and progress made in PNG during the last ten to fifteen years.

Nobody in his wildest dreams could have envisaged the progress made, the transformation that took place and the changes in the lives of the people in these past fifteen years. In the last eight years PNG has seen an economic boom, unparalleled in its whole history.

In terms of natural resources our people of Papua New Guinea are blessed; we have a sparsely populated country, we have huge natural resources, in land, minerals and gas, timber and fisheries, and agriculture.

There are also some one dozen mines each producing under half million ounces of gold per year. And we have another two world class mineral resources waiting for development. The Wafu/Gupa Gold and Copper deposit in Morobe Province, and the Freida River Copper deposit in East Sepik Province. PNG produced fifty seven tonnes of gold in year 2013, about 2% of the world production.

At present the copper and gold industries are providing a direct employment of some twenty thousand people.

The Ramu Nickel mine started exporting its nickel ore to China in 2013. Nearby, some fifty kilometres away, is another huge nickel deposit, both in Madang Province.

In natural gas we have huge proven resources on land and under the sea.

The Exxon Mobile operates seven million tonnes per annum capacity. LNG project was completed this year and Exxon Mobile exported its first gas shipment to Japan in June 2014. In five months, from June to November 2014, twenty shipments were exported to Japan, with the first shipment to China made in November 2014. Now, every three days, one shipment of gas will sail from Port Moresby to Japan, Korea, China and Taiwan. Eight specially built LNG carrier vessels are permanently engaged to ship the gas. Each gas shipment is one hundred and ten thousand tonnes with a value of fifty two million US Dollars.

It took four years to build the first Exxon Mobile gas project and, at the height of the construction period, twenty one thousand people were employed. Now, at the operating stage, only six hundred highly skilled personnel are needed to operate the facility, plus six hundred outside contractors. There are now two more huge gas deposits under exploration in Western Province and Gulf Province.

In tuna fish, PNG is the number one producer in the world with an average catch about four hundred thousand (400,000) tonnes per year; that is about 12% of the total world production. Half of that tuna fish is now processed locally in the five factories in Wewak, Madang and Lae, and a sixth Tuna Canning factory now under construction at the Malahang Industrial centre outside Lae. When all these factories come into operation, only one third of the tuna catch will remain for export as raw fish.

In 2014 PNG will produce about one million tonnes of palm oil. Only about one hundred thousand tonnes are processed locally for the domestic market, the balance is exported to England and Malaysia where they are processed and sold on the world market.

PNG is number four in the world production of palm oil behind Malaysia, Indonesia and Brazil. However PNG is in the process of bringing many thousands of hectares of oil palm to production within the next few years. Here, our soil is more fertile than the other palm oil producing countries, our trees are maturing earlier and producing more fruit brunches per hectare.

In the other commercial agriculture crops we are not fairing so well. At PNG Independence, thirty nine years ago, we produced three million bags of coffee beans per year. This year 2014 our coffee crop is only eight hundred thousand bags. Our coffee beans are of high quality, organic and in high demand. Starbucks, the world-famous chain of coffee houses, buys our coffee beans for blending with beans from other countries to improve the flavour of their coffee.

With all these developments in minerals, gas, agriculture and fishery projects [we ask] how were these developments affecting PNG; how have they translated into the PNG economy? All of these have created an unprecedented demand of consumption in services, accommodation, food and transport. However most of these developments have been concentrated in the capital city of Port Moresby, the industrial city of Lae, and highland provinces where the gas and mineral resources are located.

The demand for high standard accommodation for the thousands of expatriate managers, high skilled technicians and mechanics created a building boom in Port Moresby, so the skyline of Port Moresby city was completely transformed.

Several years ago, not many in PNG would dream about shopping in a shopping mall, where a shopper could do a one-stop shop; where he could buy all his daily needs from food, clothing, medical and optical supplies, travel goods and travel agencies, restaurants, cinemas, even beauty parlours with massage facilities. And in the land transport sector the vehicle dealers were laughing. Every month for three full years more than one thousand new vehicles were registered and on the road. These were not cheap cars and sedans, but four wheel drive off-road land cruisers and huge haulage trucks; used to transport the huge steel gas pipes to build the three hundred and fifty kilometre gas pipe from Hela Province in the Highlands to the coast at the Gulf Province, to join up with the four hundred kilometre undersea gas pipe to Port Moresby.

At the time of PNG Independence, the wholesale trade and major retail outlets were dominated and controlled by the three major trading houses of Steamships, Burns Philp and WR Carpenters; small trade-stores were owned and operated by long term Australian families and PNG born Chinese families. One year after Independence the PNG Government bought most of the trade-stores from the expatriate owners and handed over to PNG indigenous families. For twenty years all these trade stores were seemingly operating profitably, but in the past twenty years the scene completely reversed 360 degrees and just about every one of these stores have reverted to foreigners, to the new immigrant Chinese, Indians and Bangladeshis. The trading activities of the three giant trading houses also ceased. Now 95% of the wholesale and retail businesses have gone to ethnic Asians, Indians and Bangladeshis.

In forty years the domestic air travelers increased from half a million per year to three million passengers in 2014, a five times increase.

The manufacturing sector of PNG had a field day during the last eight years. Every manufacturing facility had more than triple their capacities and increased their employment by more than five times. The sole manufacturer of beer in PNG doubled their huge production capacity and sales volumes, as did Coca-Cola and other beverage manufacturers. In the same period, we saw the establishment of three bottling plants for purified drinking water, four bottling facilities for cooking oil, a soap making factory and the huge expansion of manufacturing facilities for chemicals, detergents, paper tissues and cardboards. The local food manufacturing industries expanded, especial tuna fish canning, biscuits, small goods, bread and cakes.

All these changes and rapid development that have taken place during the last fifteen years also had downside and negative effects on the country.

At present we have seven and a half million people in PNG. About 40% of the population are under the age of twenty with two million of these people still learning in the education system. With increased funding from the Government and the introduction of the supposed free education policy for primary schools, enrolments tripled but classrooms and the number of teachers only increased by half. Students, per classroom, increased from 35 to 55 over the period. School buildings and supporting facilities left by Australians were not maintained. In the next stage, for graduating primary students, only one in four will have a place in high school. For finishing high school students, less than half will be able to secure a place in a tertiary education institution. The business community is concerned with the falling standard of the students turned out by our education system for employment.

Only about 10% of school leavers can find employment in the formal sector. Not all of them will be in new employment opportunities but filling positions vacated by retirement or retrenched workers. 90% of school leavers will need to return to their villages to farm their land for a subsistence way of life, or left to roam the streets of urban centres.

For these half educated young people we have created in them an expectation, a want to have better things in life; to wear better clothes; to eat better food; to live in a better house – but we have not been able to create the employment opportunities for them to earn an income to sustain that living. So we have the ‘law and order’ problem: many of our streets, markets and crowded urban shopping centres are no longer safe. In those areas shoppers are likely to be accosted and to have their pockets picked, their billums and handbags snatched and even gold chain on ladies’ necks snatched. Drivers can no longer leave items on the seats of cars even if the car is locked; invariably the doors will be forced open and items stolen by these so called ‘rascals’.

The use and demand for electric power has increased to such an extent by expansion and progress in both business and residential that the Government owned and managed electric generating plants and hydro power station can no longer provide [enough]; so all companies and households must have their own gen-set(s).

We call the period from 2002 to 2012 the ‘Lost Decade’ of service delivery. We do not know actually where all the public funds have gone. However we can now see the light at the end of the tunnel, all over the country the delivery of services seems to have improved. Slowly, old roads have been repaired and many new roads and infrastructures are on construction. More funds are now provided for the repair of schools and hospitals and for their operations. The majority of the people are more hopeful and optimistic.

With the unprecedented resource boom of the last few years and much more to come, the people of PNG are looking forward to the day when they will have good leaders in the Government who will manage their wealth wisely and deliver the services they so desperately need to improve the condition of life for themselves and their children. 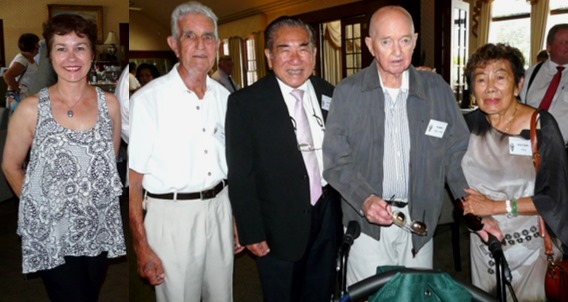 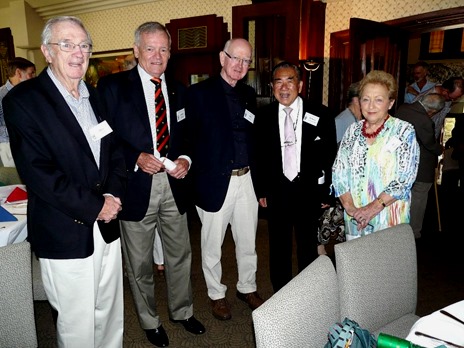