With sadness PNGAA advises that Graham Pople passed away on 11 February 2019, aged 83 years.
The Pople family extend an invitation to Graham’s family and friends to join them in celebrating Graham’s life on Friday 15 February 2019, 1.30pm at Cairns Funeral Directors, 36 Pease Street, Cairns. Following the service the family would like to invite those attending the service to the Edge Hill Tavern to reminisce about Graham’s life.

In 2010 Malum Nalu wrote the following article about Graham’s then unpublished autobiography, The Popleography. 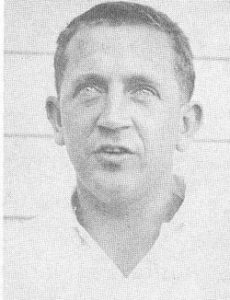 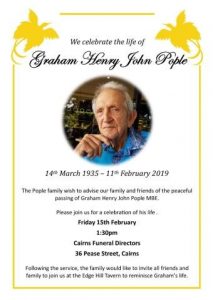