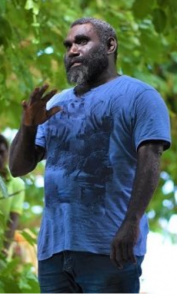 Ishmael Toroama will be sworn in as the Bougainvillea region’s president. Thirty years ago, he was leading troops in a rebel army during a bloody conflict in Bougainvillea, as a commander of the Bougainvillea Revolutionary Army. Mr Toroama earned a reputation as a fierce fighter and was said to be one of the most respected leaders in the campaign for independence from Papua New Guinea.

Voters in Bougainvillea seemed to be buoyed by hopes of the future when they elected a new parliament. As well as Mr Toroama, several young people have been voted in.

Thirty-seven year-old Amanda Getsi was elected to represent women in North Bougainvillea. She is the first Carteret Islander to become a lawyer. Amanda will join her father who was re-elected to represent the Atolls area of the province. Over half of the 40 House of Representatives members were newly elected with a further three being younger than Amanda.

Ms Getsi has a master’s degree in law from Central Queensland University and has had experience in working with ex-combatants from the recent civil war. 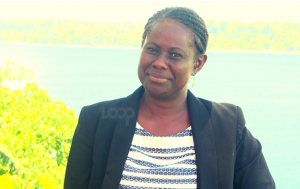 The war was brought to a close by a peace agreement, which Mr Toroama signed. That agreement promised a non-binding referendum on possible independence, which was held last year. Almost 98 per cent voted for independence.

On the back of such an overwhelming statement, Bougainvilleans returned to the polls to elect a new president and local parliament.

Mr Toroama said it was an honour to be elected, but that he knew it would be a challenging time.

The referendum was non-binding, which means negotiations must now be held between the governments of Papua New Guinea and Bougainvillea. The PNG Parliament will have the final say.

“On my side, we will push hard for independence because that is the key issue on Bougainvillea,” Mr Toroama said.

He says after Bougainvilleas new cabinet is selected and settled the discussions can begin. He wants them to be conducted quickly.

“During my campaign, I had this time-frame of two to three years [for negotiations],” Mr Toroama said. He wanted to potentially see Bougainvillea become independent within five years.

PNG’s Prime Minister James Marape issued a statement congratulating Mr Toroama and said he would meet with him in coming weeks.

“I look forward to working with president-elect Toroama in progressing consultations on the outcome of the recent referendum and securing long-term economic development and a lasting peace for the people of Bougainvillea,” Mr Marape said.