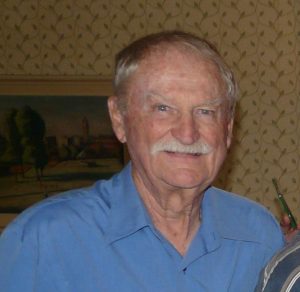 The Papua New Guinea Association of Australia Inc is saddened to hear news that Jim Sinclair passed away in hospital at 12:15am on 9 October 2017.

Jim was one of the old school of Kiaps and joined the administration of the then Territory of Papua and New Guinea in 1948 as a Cadet Patrol Officer, retiring as District Commissioner of the Eastern Highlands District in 1975.

Jim was a member of this Association for 40 years, having joined in 1977. Jim’s significant contribution to Papua New Guinea, not only as a Kiap, but also through his repertoire of highly respected books on PNG, leave an extraordinary legacy…a history of which Australia can be tremendously proud.
He will always be remembered by the PNG community and may he rest in peace.

The President and Committee, on behalf of the members of PNGAA, express their sincere condolences to Jim’s wife, Jan, and sons David and Michael and their families.