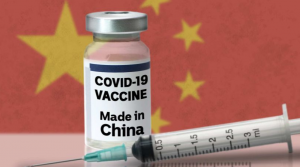 Sourced from the Daily Mail

Papua New Guinea has turned around a plane full of Chinese workers after it was revealed a Beijing-backed mine had been testing an ‘unauthorised’ coronavirus vaccine on its employees.

PNG is now demanding answers from Communist Party officials about why Ramu Nickel staff were used as lab rats and whether the workers gave consent.

Stunning revelations by Australian news sources revealed 48 workers at Ramu Nickel were vaccinated with a mystery substance on August 10.

The Chinese Government has previously announced two potential vaccines would be trialled by its state-owned enterprises with employees preparing to go overseas, and by the nation’s military.

The government of PNG demands and deserves to fully understand (the) vaccine development and SARS-COV-2 vaccine immunisation program undertaken in China and its potential risks prior to any further approval being given for Chinese travel requests,’ Mr Manning said in a diplomatic note to Chinese ambassador Xue Bing.

PNG authorities are furious they were not notified about the shadowy immunisation program.

Mr Manning has ordered Beijing to submit ‘care management protocols’ in case any of the workers who’ve taken the vaccine require hospitalisation.

Those who received the vaccine were warned they may show symptoms of the deadly virus within one week.

He is also demanding evidence the workers consented to the trial and that the secret vaccine had received internal ethics committee approval.

‘Until the Chinese government, through the Chinese embassy in Port Moresby, provides that information, I will be best guided by our health and medical experts … when considering the applications of Chinese nationals who have been subjected to this Chinese vaccination trial entering into the country,’ he said.

The 180 workers on board the blocked plane were set to start work at some of China’s largest state-owned firms – including China Railway Inter­national, the China Harbour Engineering Group, Shenzhen Energy and the Dongfang Electric Group.

Beijing has already given the go ahead for two potential vaccines to be trialled on overseas employees as well as in the authoritarian state’s military.

According to the Chinese government, the vaccine in PNG was only administered to Chinese workers at the Ramu Nickel’s operation in Madang Province. 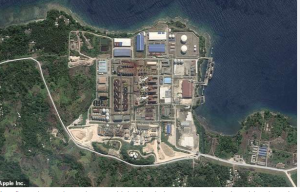 The Metallurgical Corporation of China Ltd-owned nickel and cobalt mine has a shady history in the resource-rich country.

Ramu Nickel was temporarily shut down in October 2019, after the plant was found to have breached a litany of safety and mining laws when it spilled thousands of litres of toxic slurry into Basamuk Bay.

The rich fishing grounds were contaminated with heavy metals and PNG officials were forced to ban the sale of fish in the area – a resource locals depend on to survive.

Ramu Nickel had previously apologised for the disaster but now claims it was not responsible.

With tensions rising in the region between Australian and China, the race to roll out a vaccine to strategic Pacific partners is heating up.

Prime Minister Scott Morrison announced on Wednesday that all Australians will get a free dose of an Oxford University COVID-19 vaccine as soon as it is deemed effective and safe.

The approval process for the vaccine candidate is expected to be concluded late this year or early next year.

The vaccine, licensed by UK drug firm AstraZeneca, is in phase three trials on thousands of people in the UK, Brazil and South Africa.

Earlier trials of the Oxford University vaccine found it generated a strong immune response and a four-fold increase in antibodies against coronavirus in 95 per cent of participants.

Mr Morrison said on Wednesday he’d spoken to leaders of Papua New Guinea, Fiji and Indonesia about providing the vaccine.

‘We have a regional role to play here as well as a domestic role … and we will be living up to all of those responsibilities as we progress this day,’ he said.

‘And look, to be honest, in the Pacific that’s expected.’

Papua New Guinea’s health minister, Mr Wong, said the country had been in discussions with Mr Morrison over the vaccine.

‘Prime Minister Morrison has stated that when a vaccine is found, it should be spread around at the lowest value, so that all small countries can participate,’ he said.

There have been 361 COVID-19 cases of coronavirus in PNG including four deaths but due to limited testing and poor resources, this number is expected to be much higher.

A new measure under the PNG’s pandemic act has been introduced banning vaccine trials in the country and the provision of unapproved vaccination or pharmaceutical intervention to anyone in PNG.

Under the measures, a person who claims to have received a vaccine overseas must still undergo quarantine and testing before arriving in PNG, which is standard for international arrivals.