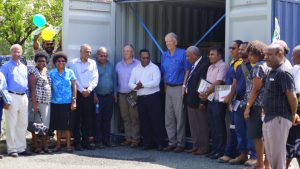 Around the middle of 2017 the University of Technology Sydney (UTS) realised that they would have a quantity of furniture surplus to their requirement as a result of an upgrade in their facilities. When UTS contacted the PNG Consulate in Sydney to see if there was interest, the concept was born. The University of PNG would be a worthy and grateful recipient of this furniture, but there was a considerable challenge in transporting the tables and chairs from the Sydney classrooms to Port Moresby where they could be utilised.
The then Consul General, Mr Sumsay Singin, contacted Stephen Gagau to see if he could assist and thus began the PNGAA involvement in what would be known as Project “Helpim Wantok”.

There were many variables to this challenge. When would the tables & chairs become available? How could they be removed from the classrooms in downtown Sydney and be packed into a shipping container? How would we avoid the pitfalls of goods encountering the notorious difficulty of clearing customs in Port Moresby and incurring significant additional costs.? Could UPNG receive and store the furniture? And, of course, the biggest challenge – How could all these activities be funded by the PNGAA which does not have surplus of cash?
The PNGAA committee put its collective mind to work and sought support from oganisations with a similar desire to assist in the development of PNG. When the tables and chairs finally became available, the Sydney Wantok Association was mobilized to arrange for labour and a small truck to relocate the items to a suburban packing depot. Vanguard Logistics and Swire Shipping provided wonderful support in arranging for the shipping container to be packed and shipped to Port Moresby. 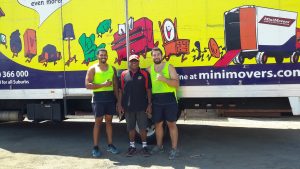 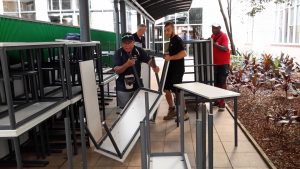 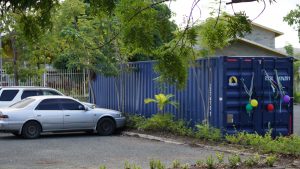 When the loaded container finally arrived in Port Moresby, EastWest Transport (a subsidiary of Steamships) with the assistance of the Rotary Club of Boroko managed to clear and deliver the container to the University in a very professional manner totally without incident.
Although we were very grateful for the generosity of our partners in this project, there were still considerable costs to be borne. The PNGAA undertook various fundraising activities including raffles, sales and solicitation of donations which were able to cover all costs.

A large number of people gathered to witness the official handover in the University’s Council Room led by acting Vice Chancellor, Professor Mange Matui. In his acceptance speech Professor Matui captured the cultural significance of such a unique gift when he spoke of how the people of Australia through their government established the University on May 24, 1965 – ten years before Independence. Many of those original buildings were still in use. In 2015, 30 years after independence, Australian funding has added several new buildings – one under construction now and three more in the pipeline.The professor made it clear that the University, like many other departments of the government struggles with budgetary constraints, and assistance in projects such as “Helpim Wantok” were greatly appreciated and would help facilitate important educational programs.

Professor Matui expressed his gratitude and on behalf of the University presented Certificates of Appreciation to all the partners who helped in making this concept a reality – PNGAA, Sydney Wantok Association, Vanguard Logistics, Swire Shipping, East West Transport, and the Rotary Club of Boroko.

The PNGAA strongly believes that the education of Papua New Guineans is critical to the future of PNG and hopes that the success of this project will assist in a small way towards this objective. The PNGAA will continue to assist in such projects where they are within the means of the Association. We certainly would not have been able to achieve these great results without the terrific collaboration of our partners. 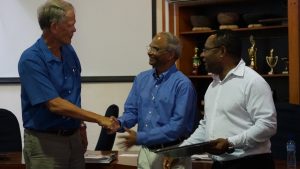 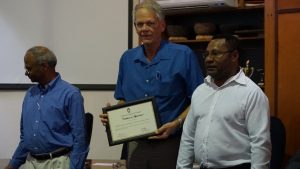 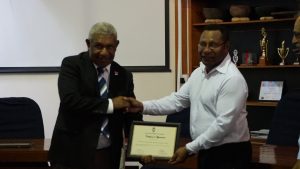 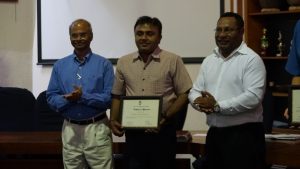 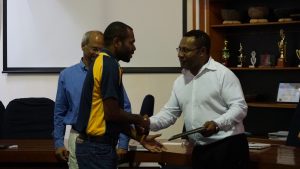 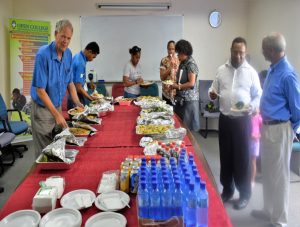