The armed forces of Australia, the United States and the United Kingdom have a great tradition of entertaining the troops in wartime through concert parties which bring popular entertainers to the frontline.

The tradition dates back to World War I when the generals decided to bring some light entertainment and comedy to the troops to keep their minds off more bloodthirsty matters.

But not so much is now recalled of the concert parties in Papua New Guinea during World War II.

The US troops were entertained by such outstanding celebrities as Bob Hope, Bing Crosby and Larry Adler, while on the Australian side the talent included George Wallace, Michael Pate, Gladys Moncrieff, Bebe Scott, Jenny Howard, and Colin Croft of the 1st Australian Entertainment Unit. 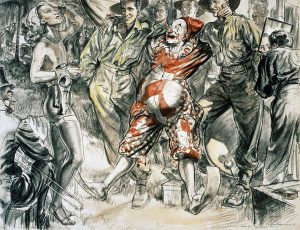 There were even concerts on board warships, such as HMAS Australia, which was at the time in Milne Bay.

Australian celebrity George Wallace, posted to the 2nd Division Concert Party, toured New Guinea as producer and comedian. He was commissioned as lieutenant in January 1946 and prided himself on being the only officer in the army whom no one saluted and everyone called George.

The concerts attracted huge audiences from battle-weary troops who were missing family and friends back home. A concert unit including Frederick Jagel, Robert Weede, Polyna Stoska, Isaac Stern and Alex Zakin landed in amphibious ducks to perform for 10,000 GIs in New Guinea.