In 1880, one of the more bizarre stories of emigration took place when a French entrepreneur, the Marquis De Rays, dreamt up a preposterous scheme to annex and colonise New Guinea. He simply took a pencil and drew a line on a map and declared it Nouvelle France, and proclaimed himself as King Charles the First. De Rays had never visited New Guinea, but nevertheless described it in detail in his prospectus, and promised colonists wealth beyond their dreams and a sophisticated and flourishing colony as their destination. Nothing of this eventuated. It was all a scam.

De Rays sent four boatloads of colonists to the southern tip of New Ireland where he had identified a bay that he thought suitable. He had read about the site in the journal of the French explorer, Louis Antoine de Bougainville, who had stopped there to replenish his supply of fresh water. The colony was a disaster and a ship load of two hundred and fifty Italians eventually found their way to Australia.

As a descendant of those Italians, I was amazed and perplexed by the madness of this plan. Had their life in Italy been so desperately bad? Had they somehow, fallen under the spell of this charismatic Frenchman? Were they brave adventurers or hapless victims of a clever scam? I decided to write this novel in an effort to help me understand what motivated these three hundred peasants to make such a choice.

Paradiso stays close to the actual events and is peopled by real characters, but this is my imagined version of the expedition, brought to life through the eyes of two children on the voyage (my great-aunt and great-uncle).

Over a period of ten years, I visited Italy three times, explored the local villages of my forebears, attended a global reunion of my extended family and travelled the rail lines of Italy from Veneto to Marseille in France, using the rail network that had existed in 1880.

The missing link in my research was the expeditioners’ experience in New Guinea. I had read accounts of the colony in a number of books, most notably Michael Moran’s Beyond the Coral Sea. So, in 2016 I decided to visit New Ireland and the site of the disastrous colonial dream to get a personal perspective.

My brother agreed to accompany me. A friend, Gabrielle Samson, who had lived in Papua New Guinea as a young women’s health worker in the 1970s, came along as our Tok Pisin speaker (on the condition that we schedule a side trip to Mt Hagen as part of the trip).

My first challenge was how to even reach the remote location. There are no regular services to the site—no roads, no airstrips, no ferry services. It is so remote that even the New Ireland locals call it ‘The Last Corner’. 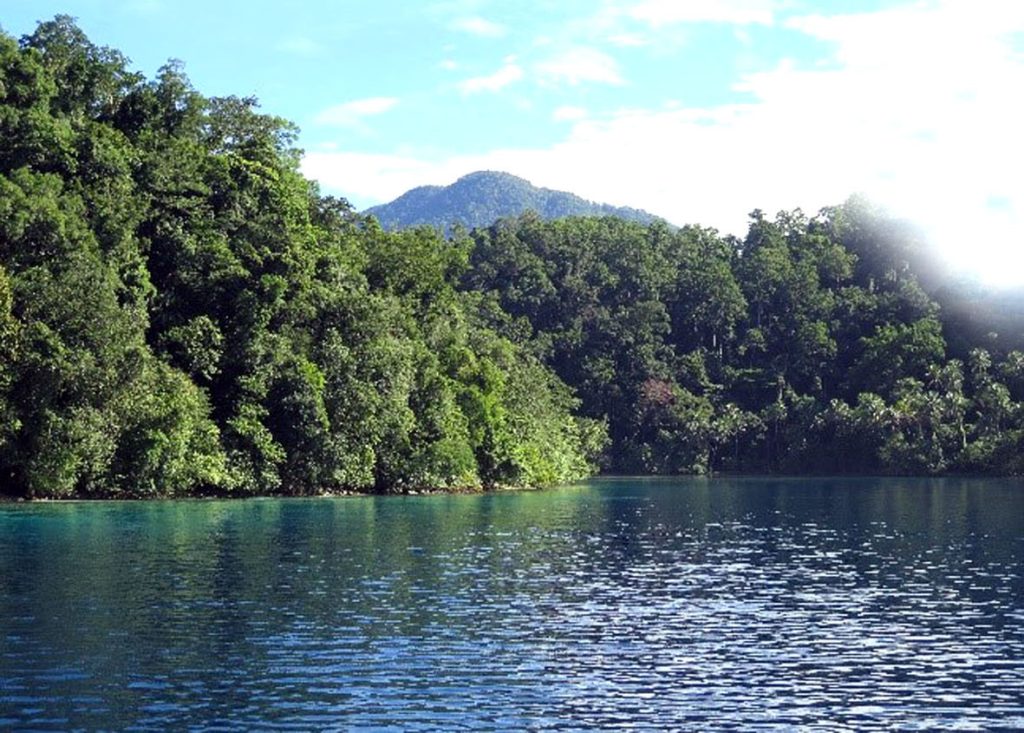 Entrance to Port Breton—Mount Verron in the background 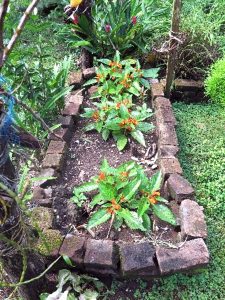 Garden surrounds—French bricks intended for a cathedral at Port Breton

In 2012 a doctor from Australian Doctors International visited the southern health centres of New Ireland. She described the conditions: ‘At the Puk Puk Health Centre, no doctor had been there for over ten years!’ Further south (another two hours by boat) Lamassa and Lambom (the island off the Nouvelle France colony) were described as: ‘even more remote than Puk Puk. The health centre is extremely run down. There’s only one chair in the whole clinic and no running water.’

My friend Julian Pepperell, a marine biologist with a special interest in marlin fishing, put me in touch with John Lau who, together with his wife, Dame Sandra Lau, operate Tropicana, the general store in Kokopo near Rabaul on East New Britain. Of Chinese descent, and a keen marlin fisherman, John was born in the caves behind Rabaul during World War II. John had never met me but, on Julian’s recommendation, had generously offered to take us on a ride across St George’s Channel.

The day we arrived in Kokopo we checked into our accommodation and decided to contact John immediately. We found his ‘emporium’ (it sold everything from rice to motor bikes) on the 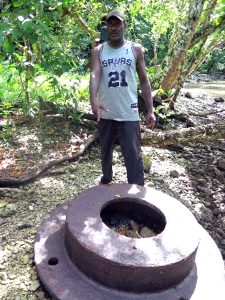 foreshore at the southern end of Kokopo. John invited us to stay for lunch. ‘Let’s go tomorrow,’ he said as we left. ‘Be here at 6.00 am’.

The next morning John gently motored from his jetty (the only one in Kokopo) towards deep water at which point he opened the throttle and nearly catapulted me off the back of his game-fishing boat. Two high-speed hours later we found ourselves in a quiet bay protected from the prevailing winds by the Island of Lambom. The water was a beautiful turquoise, and the jungle thick to the edge of the pebble beach. Within minutes of our arrival a small flotilla of dugout canoes emerged from the shadows of Lambom Island enquiring of our business. John negotiated for a group of locals to take us ashore and show us the remains of the site. They knew the story well. They had obviously had a small number of pilgrims visit the site previously. John went fishing.

On the land that had been intended as home for 300 Italians, an export point for the rich minerals and produce that was to come from this venture, and a cathedral, there now lived one self-sustaining family in one dwelling. Coconut palms crowded the site, native fruit trees and shrubs were scattered across the landscape; a fast-flowing stream gushed fresh water from the steep mountain range backing the site and flowed to the bay.

The only evidence remaining of the Italians was a large cast-iron casing for a mineral separator lying discarded on the beach, and a few hundred French bricks intended for construction of the promised cathedral.

It was eerie. We wandered the site; heard the stories told us by the locals; visited the burial site—a series of stone mounds on a headland facing east; sat by the stream and absorbed the stillness of this remote location and souvenired a brick as evidence of our visit.

Much of what remained when the colony was abandoned was salvaged by Thomas Farrell for his trading partner, Queen Emma, the infamous Queen of the South Seas. Recovered material became building resources, was traded across the islands, or in the case of the large marble slab intended as the altar for the cathedral, became the bar in Queen Emma’s colonial mansion on the nearby Duke of York Islands. 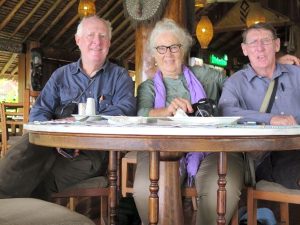 Back in Kokopo we drove up to Rabaul to visit the local museum where, purely by chance, we met the renowned local historian, the late Gideon Kakabin, who introduced us to the story of the fierce Tolai warriors from New Ireland who had invaded New Britain and forced the original Baining people to retreat to the hinterland. We witnessed the dawn re-enactment of the arrival of the Duk Duk spirits (a secret society within the Tolai world) to the shores of East New Britain as the beginning of the Mask Festival. That night Gideon took us into the high country behind Kokopo to witness a rarely performed but spectacular Baining Fire Dance.

Our week at Kokopo included visits to the submarine caves the Japanese had carved into the Rabaul cliffs during WWII, the beautifully maintained Bita Paka War Cemetery outside Kokopo, the resting place of more than a thousand Australian and Indian troops who lost their lives in battle or as prisoners of war in New Britain. 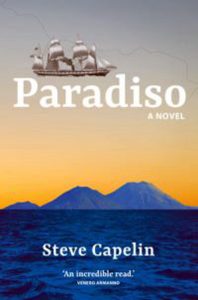 I was amazed by the rich local and contemporary history of East New Britain, a history of which I had been completely ignorant.

Naturally not everything went according to plan. The day before we were due to leave (and travel via Port Moresby to Mt Hagen) there was a pilots’ strike and scheduling went haywire. We were told to arrive at the airport before dawn the next morning and we would be flown out on the first flight. That became a long day of waiting and hoping.

Ultimately, things did work out and we arrived in Hagen as the sun set over the rugged highland ranges for another fabulous week. Gabrielle found her close friend Teresa Bolga, from forty years earlier, which was a beautiful moment and we were privileged to make contact with and have Brian Leahy (the son of Daniel who arrived in the highlands in 1933 with his brother, Mick), as our guide for two days. Beautiful. A little dangerous. But I was overwhelmed with the care the locals showed towards us. There was plenty of razor wire but also plenty of smiling faces. I felt safe.

I came home changed. I became an advocate to my friends of this magical and mysterious land of contrasts and complexity, our closest neighbour and yet a neighbour so undervalued and underappreciated by us.