In the late 1950s and early 1960s, Papua New Guinea relied heavily on copra- and cocoa-producing plantations to generate export income. Most of these properties were owned by two large companies, Burns Philp and WR Carpenter.

I was employed by Coconuts Products Ltd in 1960, a subsidiary of WR Carpenter who owned about thirty large plantations throughout the New Guinea Islands. Their main office was at Rabaul.

Male plantation staff were recruited from Australia and New Zealand, however, other nationalities were employed, especially if they had tropical agricultural experience. The company preferred agricultural graduates as trainee plantation staff but, should an applicant have skills the company required, they would be considered for employment too. The latter instance is how I began working for Coconut Products, Rabaul, as I was previously employed as a foreman carpenter, having completed a five-year Sydney apprenticeship in building construction.

A contract became available for a four-month project in Rabaul to build a large factory that had been manufactured in Asia and left abandoned for many years, not assembled, in Coconut Products’ storage yard, so it was a complete ‘mess’ of huge steel beams and no instruction book. The building had to be constructed over the existing one that housed the company’s extrusion coconut oil manufacturing area that worked twenty-four hours a day, seven days a week as dried copra was continuously arriving from their plantations. You could imagine it was extremely hot inside for the workers as the coconut oil was pressed out and the meal bagged for export.

With the factory construction completed I was asked if I would like to do Coconut Products’ building work on their plantations which I accepted. It was interesting building brick furnaces for drying the wet copra and renovating employees’ housing and managers’ homes and the job required me to travel to various islands where the plantations were situated.

Travel between the islands for villagers, traders and church missionaries was usually by forty-foot (thirteen-metre) work boats. These were constructed of heavy timber with a wide beam and reasonably shallow draught and were a good sea boat, so most 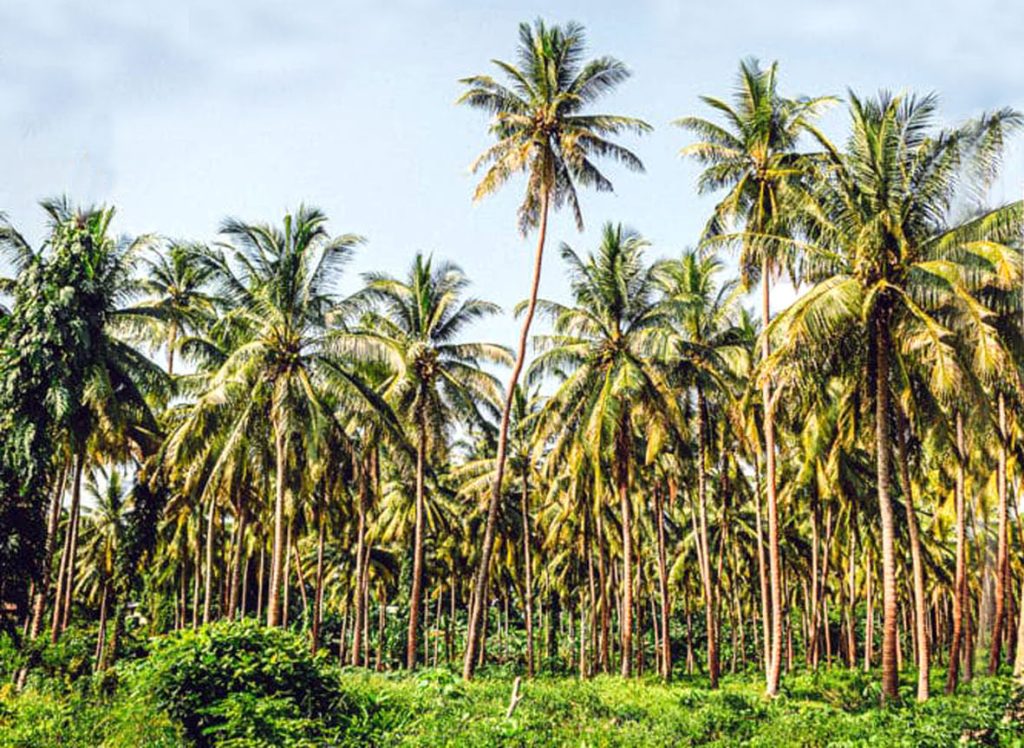 of my building materials and myself were transported in these vessels.

After about twelve months I gradually became tired of living out of a suitcase and having no permanent home, so I asked for a transfer to the plantation section of the company and this request was granted by the new managing director of the plantation division. This fellow, Leonard Clapan, had a background in the English Navy and had been captain of a destroyer in the Second World War. After it ended in 1945 he qualified with a tropical agricultural degree from the Imperial College of Agriculture in Trinidad.

As one would have expected, he managed all plantations and staff on Navy traditions, terminating employees’ jobs if not up to the standard he expected. There was a big turnover of plantation staff—many expected it to be something out of the old Hollywood film, South Pacific, a sort of casual holiday, however, this was a long way from what a plantation manager’s job entailed.

Early in a new cadet’s career it was the government’s legal requirement that all those employing native labour, especially in isolated locations, had to qualify and obtain a medical assistant’s certificate. This required a six-week course at the emergency section at Nonga Base Hospital in Rabaul. It was not an easy course and a student couldn’t expect to commit to memory all the treatments and diagnoses in such a short time, so the important handbook to consult was Diseases Common in Malaysia and Polynesia by Dr Clifford James. Now out of print, it was an excellent booklet on tropical ailments and so forth. Then there was the practical side of the medical assistants’ course: injections, procaine, penicillin, morphine, snake bites, sewing up of wounds, etc. Of course, failing to pass the examination would mean dismissal from the company.

The company’s advancement was for a new cadet to work with the manager of one of the large plantations with several others in their responsibilities. Training, bookwork and issuing of food supplies for the native employees meant long hours of work. Depending on one’s enthusiasm, attitude and being able to cope, a cadet would advance to officer, then to relieving manager on a smaller plantation, then hopefully be appointed to a junior manager’s position.

With my previous experience with Coconut Products, I quickly progressed and over the next three or so years managed several plantations. The last posting was recognised as the best junior manager’s property—situated on the east coast of New Ireland, it produced forty tonnes of dried copra per month. ‘Pat Langat’ encompassed about six km of beach frontages and extended into the hills for maybe six km. It was fully planted with coconut trees during the German occupation before 1914, so there was continuous replanting due to the age of the palms. The plantation manager’s home was built on a coral headland overlooking the Bismarck Sea; it was a two-storey Queenslander surrounded by tropical gardens, completely isolated. The plantation’s only access was by sea. There was an old 3BZ two-way radio that was of WWII vintage and near useless.

A plantation this size usually had a single manager and employed a native indentured workforce of 180 to 200. These were recruited from the New Guinea Highlands, mostly around the Mt Hagen area, Wabag, Minj, Chimbu and Kainantu, with about forty from each tribe. Having never ventured far from their villages, they signed a two-year contract with their thumbprint in ink. Half their wages were paid in cash every thirteen lunar months with the balance deferred until the end of the contract was completed.

One can only imagine leaving their homes, getting into a DC3 aeroplane for the flight to Rabaul, boarding a copra-carrying boat and travelling across an open and maybe rough sea to a lonely plantation. Government regulations required the manager to provide all meals, consisting of rice, canned fish and meat, flour and cooking oils and, if available, purchasing local produce of bananas and taro. Workers were issued with two blankets per person, a mosquito net and a weekly issue of tobacco, plus malaria tablets and wages. Those who had completed their two-year work contract would board the copra ship to return home; it was a time of much sorrow to leave their friends.

Many tonnes of food and general supplies had to be stored, including tractor and machinery parts, as sometimes it was two months before the ship would arrive; usually it was the MV Jason owned by the Seeto family from Rabaul. The plantation had no wharf so in calm weather the ship would anchor on the edge of the coral reef and use a small dinghy to carry supplies ashore; 44-gallon drums of diesel fuel were dumped over the ship’s side and floated ashore to be collected.

A plantation manager’s job was very demanding with new tractor drivers to train, organising various work groups, maintaining machinery and, most importantly, making sure that health and hygiene requirements were strictly met. Accidents happen and these you had to treat, so all isolated plantations were always well stocked with medicines for emergencies.

Disputes between tribes were common and it required a lot of diplomacy and tact on the manager’s part to not let these situations escalate further. Old ‘pay backs’ and individual fights occurred but most times there was a warning that problems could occur. I had to be aware of my own safety too as there was no support or help in an emergency. 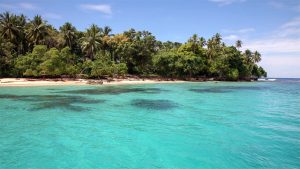 I had been manager out on this New Ireland plantation for more than twelve months, had had no holidays in five years and no social life to speak of. It had been an interesting time, sometimes alarming and sometimes fun, but as I was approaching thirty years of age I felt it was time to move on. I left Coconut Products Ltd on good terms but, inwardly, I was mentally exhausted.

On returning to Australia I married the girl of my lifetime and we purchased a cattle property in the New England area of NSW. Surprisingly, eighteen months after returning from Rabaul I was offered a senior plantation manager’s job but, after discussing this proposal with my wife for some time, we declined. One wonders what the future would have been if we had returned!