The next edition of PNG Kundu seems to come around very quickly and, as I write this report, I am reflecting on the state of the PNGAA and what has been achieved so far this year, and what could be achieved in different circumstances.

Like many voluntary organisations, the PNGAA still struggles in many ways as it strives to achieve its objectives including continuing to promote friendship and goodwill between Australians and the people of Papua New Guinea. Like other voluntary organisations, and many service clubs, the PNGAA suffers from a lack of engagement with those who have an interest in Papua New Guinea. Part of it stems from the passage of time and changing interests in the general community and although the PNGAA should be a ‘special interest’ group given its specific focus, finding ways to sensibly engage and develop interactions remains a challenge.

The Committee would welcome any suggestions from members and others.

In my last report, I did mention that your committee has been working over the last six months to establish a scholarship fund to provide financial support to Papua New Guinean students to attend high school. We were fortunate enough to receive valuable assistance from Glenda Giles, a former teacher and district education inspector in PNG. Originally from New Zealand, Glenda has recently retired and now lives in Wewak.

She has experience in the West Sepik Province and has agreed to work with the PNGAA to establish and operate the PNGAA Scholarship Scheme, which will commence in January 2023 by awarding scholarships to two students (one male and one female) to attend high school.

In my next report, I will outline how the scheme will operate and hopefully announce the names of the first two scholarship recipients. With Glenda’s assistance, the PNGAA will receive regular reports on the student’s progress.

This issue of PNG Kundu is the eighth I have edited in the last two years. I have enjoyed the challenge of changing from writing and editing papers for scientific journals to preparing your contributions to the journal.

In addition to those there have been plenty of stories, about Papua New Guinea in the media and online. We have covered major events like COVID-19, the recent elections in PNG and commemorated anniversaries of historical significance such as those of the Second World War and of the Mt Lamington eruption of 1951. 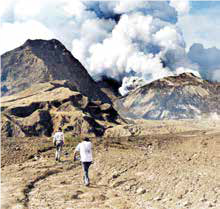 The Mt Lamington eruption of 1951

In this issue we mourn the death of Her Majesty Queen Elizabeth II, Head of State of both Australia and Papua New Guinea, having previously noted with sorrow the deaths of several of PNG’s leaders including that of the Grand Chief Sir Michael Somare. The Association also mourned the loss in 2021 of its two patrons, Major General the Honourable Michael Jeffery AC, AO (Mil), CVO, MC (Retd) and Fred Kaad OBE.

It has been a pleasure to record some aspects of the culture of today’s PNG. We have included stories by their contemporary authors and noted that crafts like the making of bilums and bilas have found their way to international markets. It has been exciting, too, to see the women of Oro Province having international exhibitions of their nioge (bark painting).

PNG Kundu will continue to publish stories about the experiences of people who lived and worked in PNG before Independence in 1975 and those who continue to do so. These stories about the kiaps, doctors, nurses, schoolteachers and didimen and many others are an important part of the historical record of Australia’s contribution to PNG’s continuing development and the ongoing relationship between our two countries.

To everyone—please keep writing and submitting and thank you to all who have contributed in the past two years.

PNG Kundu, June 2022, page 4, mentions the PNGAA Scholarship Fund and the beautiful quilt that will be part of PNGAA’s fundraising for the scholarship fund at the Sydney Christmas lunch. 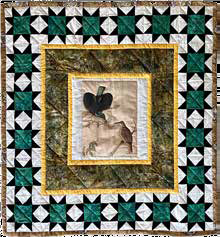 If you would like to participate in the silent auction, or make a donation, please go to www.pngaa.org.

In this issue is the last of our special features commemorating eighty years since the start of the Pacific War in New Guinea.

The New Guinea Campaign lasted until September 1945—and was arguably the most arduous fought by any Allied troops during WWII, and we pay tribute to all those involved in the war effort—and the many who did not survive …

We have also incorporated the the important battles and events, featured in PNG Kundu through-out the year, into a special eBook, which can be downloaded from: www.pngaa/org/e-books/

Emeritus Professor Kenneth McKinnon AO has, most generously, donated $5,000.00 to the Association to enable it to further pursue its objectives.

Professor McKinnon was initially a teacher and, later, the Director of Education in the former Territory of Papua and New Guinea. He occupied this critical position from 1966–73 and was responsible to the Australian Government for making the changes in education policy needed as PNG approached Independence. In addition, he was directly involved in the establishment of the University of Papua and New Guinea.

After leaving the Territory Professor McKinnon had a distinguished career in the university sector and in public administration. Now retired, and a member of the Association, he maintains an 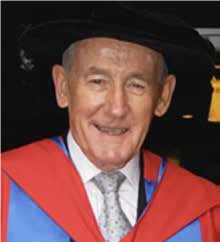 In the past he was a generous donor to the Crocodile Prize, an initiative of PNG Attitude with sponsorship from the Papua New Guinea Association of Australia (PNGAA), and which supported creative writing by Papua New Guineans.

Because of Professor McKinnon’s key role in the education of Papua New Guineans, the Management Committee has elected to use his donation to support the scholarship program for needy students in isolated parts of PNG, and initially in the West Sepik, announced in the President’s Report.

This program will start with the support of two students. If it is to expand and support more children who could not otherwise get an education more help is needed from the membership of the Association. Please consider using the Donation Button on the Association’s website home page or follow the directions for donations in the Treasurer’s corner on page 63.

The annual lunch at The Ship Inn on 31 July 2022 went very well despite COVID concerns and rain periods, which may have deterred some of those who have attended in previous years from joining us on this occasion. All of those participating had a very enjoyable day catching up with old friends and making new ones with those who share the common bond of having lived in PNG and their experiences of the best years of their lives.

Joining us on this occasion were Bryan and Joy Iles, Belinda Macartney, Ally Martell, Samantha Morton, Kieran Nelson, Iava Parapa-Falvey, Julie Webb, Allan Burrow, Andrea Williams, Don Wotton, Christine Leonard, John Johnston and Sue Krone. The small donations of $10 from everyone to assist with fundraising for various PNGAA projects are very much appreciated by our association and we thank them for that.

During the lunch Don Wotton spoke on the ‘Paradise Palette’ exhibition, which opened at the Royal Queensland Art Society (RQAS) gallery on Petrie Terrace, Brisbane, on 7 September 2022 and Andrea also brought along some PNGAA items available to purchase which were well received.

The 2023 Annual General Meeting of the Papua New Guinea Association of Australia (PNGAA) will be on Saturday, 29 April 2023. Every two years elections are held for the PNGAA Management Committee. All positions, executive and general, are automatically vacated and a new committee voted into office.

All committee members are volunteers, PNG enthusiasts. Meetings are normally held by email or Zoom, so location is not necessarily an issue, although some face-to-face contact is helpful.

This is a great opportunity for anyone wishing to contribute spare time, whilst exercising their skills, to a worthwhile and highly-regarded organisation, surrounded by a supportive team.

Nomination forms, together with further information, are available on the PNGAA website. If you cannot access this website, please contact the Secretary (see Inside Front Cover of PNG Kundu) and ask that the forms be mailed to you.

All nominees and those nominating must be current members of the PNGAA. Nomination, seconding and acceptance can also be sent via email to admin@pngaa.net.

Please help your Association and send nominations in now. Nominations are due by 5:00 pm, 31 January 2023.