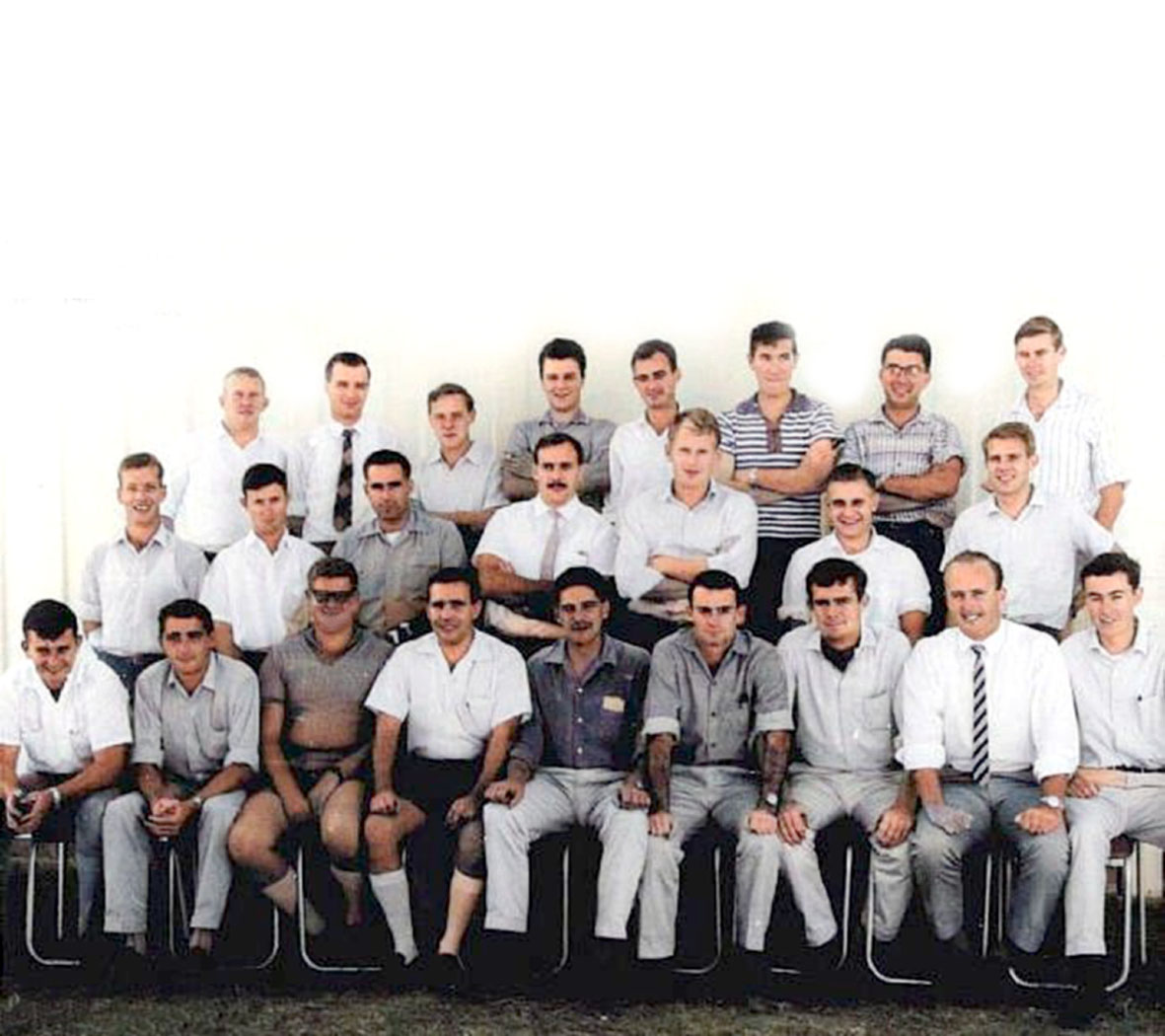 In my extended family, as in so many others I know, advancing years throw up questions about what to do with ‘stuff’ that has been hoarded away for some years. ‘Nobody will want it!’ Peter Broadhurst had that problem …

A patrol officer attending the 1962 Long Course at the Australian School of Pacific Administration (ASOPA), for the intervening sixty years he had kept four gradually mouldering folders of the Law Course Lecture Notes. The notes had been a very useful aid over his subsequent career as a kiap, hearing some 2,000 court cases and, occasionally, afterwards in Australia. He had kept them well. But years, Sepik service, and regular use, all leave their trail on even the best foolscap paper. Anyhow, who wants 1962 readings about the law of two, now independent, territories? Better toss them. He wavered.

Earlier this year Peter asked PNGAA Archivist, Cheryl Marvell, whether the PNGAA might be interested in having the lectures for its Collection. She agreed to have a look. Peter sent a 5 kg box of over 700 pages for review. In a nineteen-page analysis of Peter’s donation soon to be available on the PNGAA webpage, I drew upon my wide experience in PNG and Australia as a lawyer to state:

The donated materials are likely to be a relatively unique source of information about several aspects of course content and training orientation.

The first set of twelve lectures is intrinsically valuable. They present a snapshot, the prevailing perspective of administering of law and justice as of 1962. Those lecture notes range over the contemporary and historical constitutional structure, sources of law of Papua New Guinea; principles covering the administration of justice; legal interpretation and construction of statutes and instruments.

An important feature of later lectures is the regular reference to the so-called Native Courts. Those Courts represented distinctive jurisdictions established in each of the respective Territories. Some of this material may now be obscure or not readily available; its presence adds to the value of the lectures as part of an historical record. The scope of the law course covering criminal and other jurisdictional procedures has collateral value. It is objective corroboration of the range and exactitude of judicial administrative work demanded of kiaps in District and Sub-District administration. As Peter Broadhurst’s career demonstrates, many kiaps undertook substantial caseloads away from the main centres to which fulltime magistrates were posted.

In a note about his donation, Peter Broadhurst wrote:

At the time of my retirement from PNG in August 1975, I was an Assistant District Commissioner. I joined the service in February 1959 and attended ASOPA in 1962. The course was a specific program for patrol officers employed in the Department of District Administration. The law notes were provided to me at that time, as were the lecture notes on the Law of Evidence.

The notes have served me well and I relied heavily on them, particularly in the over 2,000 District Court and Local Court cases I heard. In fact, PNG Crown Law appealed three major cases that I heard, and all three appeals were dismissed by the Appeals Court. The law notes were extensively relied on.

Back in Queensland I worked in Industrial Relations and as an advocate appearing before the District Court and Industrial Commission.

Jack Mattes’ law and evidence notes, and related precedent cases indirectly served me well. That is probably why I have been reluctant to destroy them after nearly sixty years.

Jack Mattes, the author and lecturer, was Medallist in Law from the University of Sydney, a distinguished legal scholar, Principal of ASOPA, and a leading figure in the consolidation of laws received by Papua New Guinea upon Independence.

It is not only for the Law Lecture notes that the 1962 ASOPA Long Course will be remembered. Like the lecture notes, many of the alumni, now show the passage of the years. As the picture of the Class of 1962 shows, many were at the start of brilliant careers, and many are active presences still in PNGAA affairs.

As a lawyer who worked in circuit courts, I was fascinated to revisit aspects of the role of kiaps and to also see for the first time details of Native Courts, the Native Affairs Regulations, about which I knew almost nothing at the time: of Head Tax; a power to impose a whipping; the electoral role for LegCo; the legislative arrangements for Local Government Council creation; and glimpses of pre-war judges, Gore J, Bignold J, and superseding them, Mann CJ, developing a modernist concern from 1957 on.