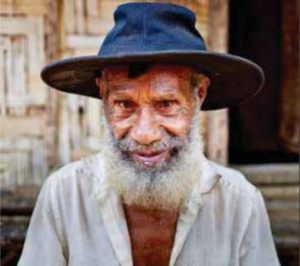 In his continuing search for the more off-the-beaten-path in this world, David Ellis says the death in March of a villager named Faole Bokoi high up in the Owen Stanley Ranges of Papua New Guinea, would seemingly have little or no interest to anyone in this country.

But the off-the-beaten-path that Faole lived along was the famous Kokoda Track of Pacific War history – and Faole was the last surviving member of the Track’s legendary hundreds of wartime Fuzzy Wuzzy Angels.

Word of his death on the 2nd of this month flashed as fast as gunfire through many an RSL club, ex-services’ groups and amongst serving Army personnel across Australia, reigniting memories of the extraordinary efforts of the Angels in helping Australian troops during some of the bloodiest fighting against Japanese troops in 1942.

Its estimated Faole would have been in his late 80s or early 90s when he passed away, as he was a teenager when he joined fellow Fuzzy Wuzzy Angels in assisting wounded and sick Australian troops escape along the 96km Kokoda Track to Owers’ Corner, and ultimately Port Moresby and Australia. 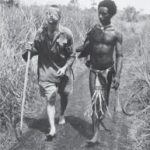 Many of them carried those Australians on their backs, and others on makeshift stretchers through the torturous terrain, along tracks of calf-deep mud, across rushing jungle rivers, and through steamy, vine entangled forests. Over 160 Australians died during the Kokoda campaign, but officials said at the time it would have been many more times this had it not been for the efforts of the hundreds of Fuzzy Wuzzy Angels.

Faole Bokoi died peacefully in his village of Manari high in the Owen Stanley Ranges on March 2nd, surrounded by family and fellow villagers. 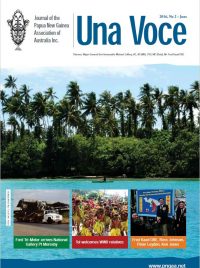 A Reunion from Jim Toner