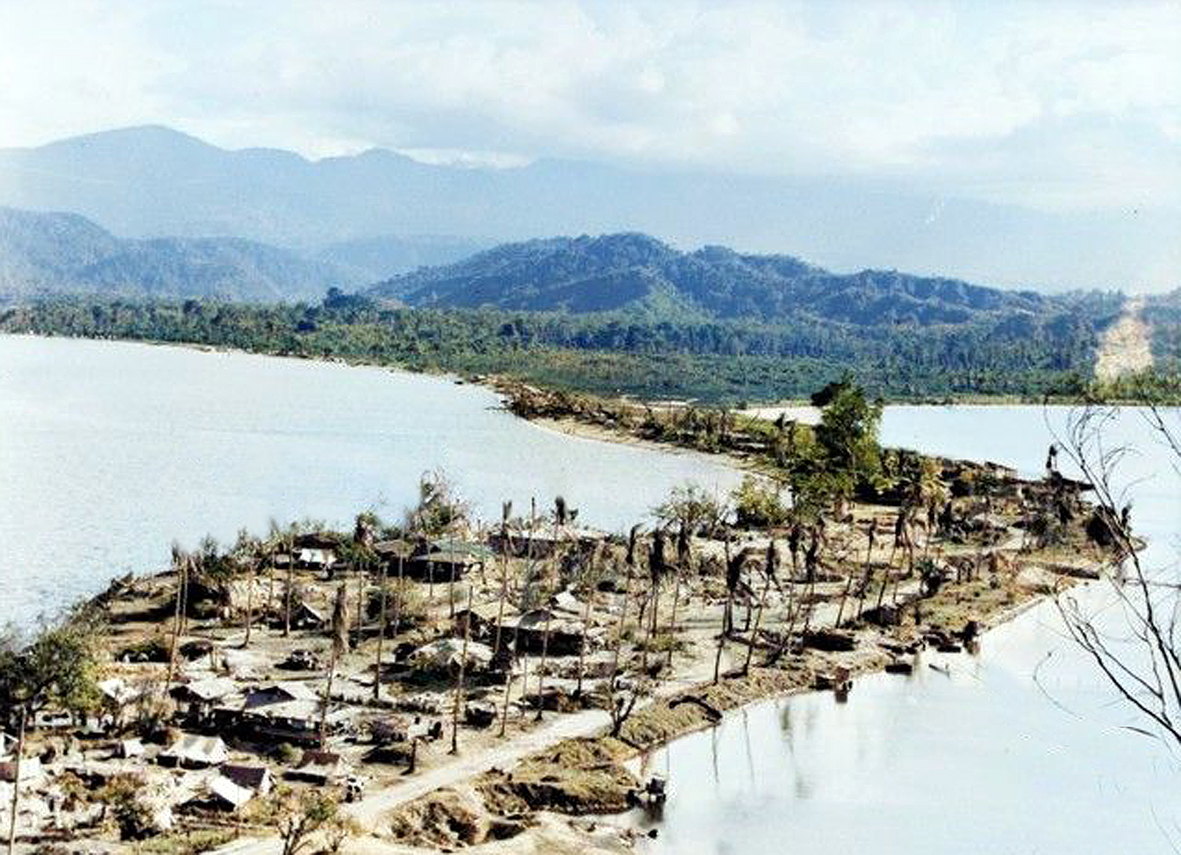 First eye-witness accounts of the Japanese raids on the goldfields ports of New Guinea, Salamaua and Lae [in January 1942] were given by a party of civilian evacuees, who have arrived on the south coast after an epic journey in a canoe. They had to make their way along native tracks for more than 180 miles of wild coast.

All the members of the party were sick or wounded. They were in the charge of Mr Robert Melrose, Director of District Services. They all highly praise the heroism and uncomplaining devotion to duty of the administration nurse, Miss Esther Stock, the sole woman in the party of 32, many of whom were suffering from wounds, malaria, or ulcers. Nurse Stock bore a man’s part in the desperate adventure. She cheered on the others and tended their wounds. Seven of the evacuees were carried by natives on crude stretchers. Twenty-four Japanese planes swooping on Salamaua on 21 January about noon smashed the aerodromes and several buildings, causing heavy damage.

One hundred and thirty-two evacuees prepared to camp among the hills, travelling four miles through crocodile and mosquito-infested swamps, thigh deep in mud and swept by a tropical rainstorm … Many arrived without their boots, which had seen sucked off in the mud. The party was subdivided into healthy and sick. The healthy set off to walk 58 miles over a wild jungle track to Wau across mountains 7,000 feet high. The sick decided to walk along the coastal track 100 miles to Buna. Pinnaces loaded with food skirted the coast, keeping up with the party. From the hills the refugees saw Lae in flames after the Japanese attack, the glare lighting up the storm clouds. After ten days of terrific hardships, during which a food pinnace was overturned on a river bar by high seas, the party arrived at Buna. Later they made an eight-day trip by canoe and walking to Kokoda. They were helped on by friendly natives at the missions, where the missionaries including the women, were staying on regardless of the Japanese menace.

An assistant district officer, Mr J Rigby, who comes from Hawthorn, Melbourne, said the Japanese used four types of planes, heavy and light dive-bombers, and fighters, which machine-gunned installations from a low level. The party of healthy men are now believed to be crossing the heart of New Guinea from Wau, over extremely rough country.

The arrivals on the south coast include

Mr Ernie Clarke, of Sydney, who was wounded three times by machine-gun bullets in a heroic attempt to drag Kevin Parer from a burning plane.

Official reports of the attack on Lae reveal the amazing ordeal of the Administrator of the Mandated Territory (Sir Walter McNicol), who was carried out by natives. There is also a grim story of looting of liquor and stores after the bombing by natives, Chinese, and some whites. All the liquor subsequently was destroyed. u

Editor’s Note: This item was sent to PNG Kundu by Bev Melrose. Robert Melrose was an uncle of Leo, Bev’s late husband and a great-uncle of Sienna and Skye and Ben and Kira. Robert Melrose joined the Administration of the Mandated Territory of New Guinea in 1921 as a patrol officer.

In 1941 he was Director of District Services and after the war was Government Secretary, Territory of Papua New Guinea.

He was a foundation member of the Retired Officers Association of Papua New Guinea. 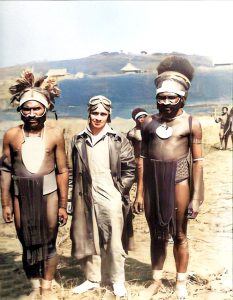 Parer after a flight into the Western Highlands

After the attack on Pearl Harbor on 7 December 1941, photographer Damien Parer’s cousin, Kevin Parer, with his three-plane fleet of Parer’s Air Transport, based at Wewak, and other pilots, began air lifting the women and children to Port Moresby, as part of the evacuation to Australia of some 800 people. With sustained efforts in trying flying conditions, Kevin and his team continued evacuating the remote men of New Guinea and flying in the military and supplies. He then returned to Salamaua to repair his aircraft. On 21 January 1942, he and fellow pilot, William Ernest Clarke, were about to take off when there was an unexpected Japanese air raid, during which he was killed on the runway by a Zero fighter as part of a force of 30 ‘Betty’ bombers and 60 Zero fighters that took off from a Japanese carrier fleet, and attacked Kavieng on New Ireland and Lae, Salamaua, Bulolo and Madang.

Kevin was hit by a cannon shell and died almost immediately,

but his wife wasn’t notified of his death until 30 January. This showed how disorganised and caught napping Australia was in this theatre of war.

Ernie Clarke was awarded the George Medal in 1943 for his outstanding valour in evacuating civilians from New Guinea in early 1942 while flying with Parer Aircraft Company, but was killed in an aircraft accident at Higgins Field, QLD, on 5 May 1945, when he was a member of the RAAF Reserve, Civil Aircrew—he was 41 years old.