The Argus, Melbourne, December 1953
Melbourne’s torrid heat has been too much for Mrs. A R Wardrop, who left by air yesterday to  return to her home at Port Moresby.
Papua’s summer temperature was much more moderate and pleasant, she said, ‘I am longing to return home to cool off’, Mrs. Wardrop added.

She has been in Melbourne for the last three weeks, and on Saturday attended the wedding of her son, Robert and Miss Joy Nelson, who has just completed her fifth year medical studies.

Port Moresby is a paradise for women, whether married or not, she declares. There are more men than women and girls who go there to work seem to be married in no time, particularly nurses, she said.

Typists and stenographers earn about £13 a week and live for reasonable cost at hostels, and there is no direct taxation. Cost of goods,  most of which have to be imported, is high. 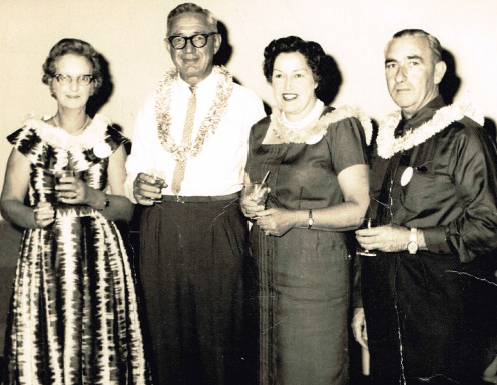 But your prices are high in Australia, too. There is plenty of competent help for the  householder. Most have a cookboy, houseboy, and laundry boy. This relieves the housewife of
all household chores and she is free to enjoy a very nice social life.

It is 19 years since Mrs. Wardrop went to Papua with her husband and two young sons. They were part of a small community at Misima Island, and were isolated from any medical help.

After a year they moved to Port Moresby and have lived there ever since except when Mrs. Wardrop was evacuated in 1942, her husband remaining in the Army. Both boys were then at Scotch College.

Returning in 1946, she had to take back everything, for their old home which had been bombed and stripped of everything.

Her younger son, 20 year-old Owen, went to a 1,500 acre estate at Poligolo, 50 miles from Port Moresby, when he left Scotch a year ago.

Port Moresby’s population has risen from 900 before the war to 5,000 today. This has meant more amenities in the way of electric stoves and refrigerators.

Fresh vegetables are grown in the highlands and pineapples, bananas, papaws and tropical mandarins and oranges, a different variety from those grown in Australia, are plentiful.

The only thing which Mrs. Wardrop really misses is fresh milk for a cup of tea. All their supplies are tinned.

The Wardrops lived at Poligolo Plantation on the Kemp Welsh River until about the time of
Independence when they moved to Northern NSW. 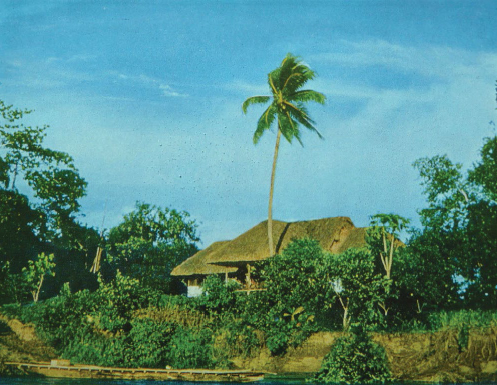