The Label & Pack working bees in Sydney have finally come to an end. 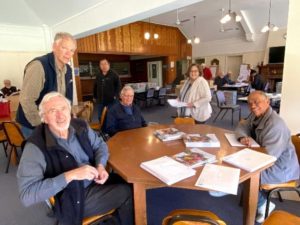 In the past the packing and posting out of our journal, PNG Kundu, has been handled by a happy group of volunteers, four times a year, in the spacious surrounds of the Chatswood Bowling Club.

This time, on 27 May 2021, the labelling and the packing & posting were done on the same day rather than on two days, as had been the case previously.

Everyone was busy but, as well, there was plenty of time for chat and morning tea/lunch. It has always been an enjoyable gathering. Ros and John Godlee have been organising the coffee and tea and have our grateful thanks! Various people have brought delicious plates of savoury and sweet kai. 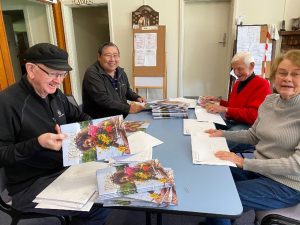 Following the completion of each journal by the Editor, John Egerton, and the Production Designer, Jeannette Gilligan, Roy Ranney and Murrough Benson have organised the day, ensuring the labels have been printed into the required destinations and affixed to envelopes, the journals delivered on time for the pack, ensuring the morning flows smoothly, the empty boxes are dealt with and the journals get to the bulk post office. This job has occurred four times a year for at least the past forty-three years. With Murrough no longer in Sydney and Roy often overseas the packing and posting will now be outsourced to the newly-appointed printer. 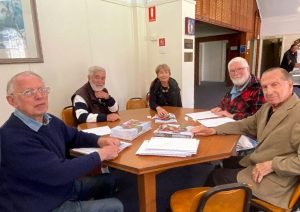 The good news is that the Chatswood Bowling Club is happy for the PNGAA to come together every quarter so those morning tea gatherings will continue. See the Events Diary for the next one! 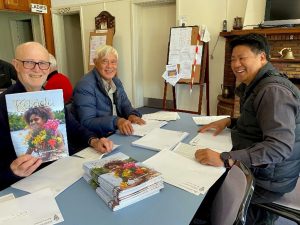 Others from further back are Joan Stobo, Marie Clifton-Bassett, Pam Foley and Joe Nitsche (both gone but not forgotten).