After recently moving into a retirement village, I made a distressing discovery. Amongst the personal items and memorabilia from my old home were thousands of feet of motion picture film, which I shot during my five years of cinematography and film production activity in Papua and New Guinea during the 1960s. Until recently most of the material could still be viewed. On re-opening the cans late in 2021 it became immediately obvious nearly all the television and cinema newsreel stories had dramatically deteriorated since it was previously inspected. Unique historic images were no longer retrievable. Of about one hundred news stories, only a dozen or so were in a stable condition and possibly still able to be digitised.

During the past four decades, several attempts to get the PNG Government and other potentially interested entities enthusiastic about the offered donation were less than encouraging. With local pressures of work, the time to find a credible professional repository for the footage, which appreciated its archival value, was eventually put in the ‘too hard’ basket.

I joined the Department of Information and Extension Services in 1962 to help establish its film unit, principally to service other departments’ film communication requirements. Unfortunately, it was not permitted to produce material for Australian or overseas exposure. With unacceptable delays due to bureaucracy and unable to adopt established film industry production schedules, to keep myself sane I purchased my own 16 mm camera and film and began shooting news stories for Australian TV stations during weekends. These were the only regular TV news stories from PNG during this period, as the country was preparing for nationhood.

Circumstances forced me to resign from the Public Service the following year. Unfortunately, a local freelance journalist working for a Sydney newspaper alleged my extra-curricular activities were detracting from his income, resulting in the Administrator, Sir Donald Cleland, dishing out a severe reprimand. Thereafter there were no more stories on TV for several months.

Subsequently my wife, Wilma, and I established our own local film production business, Films New Guinea. Apart from our increasing production of colour documentaries and locally sponsored films, the escalating requirements of the Australian and international TV news editors and cinema newsreels meant a large volume of these films were accumulated, eventually being taken back home to Perth in 1967. Most colour documentary productions managed to survive into the 21st century but, unfortunately, most black and white TV newsfilm was processed with the priority for speed rather than its archival survival qualities. This proved to be a massive loss for all concerned.

During recent months I have been trying to salvage what is left, in the hope one day, digital copies and other PNG productions will be able to be screened to PNGAA members. I have also recently compiled a more detailed account of our experiences filming in PNG and hope to see this in future issues of PNG Kundu. 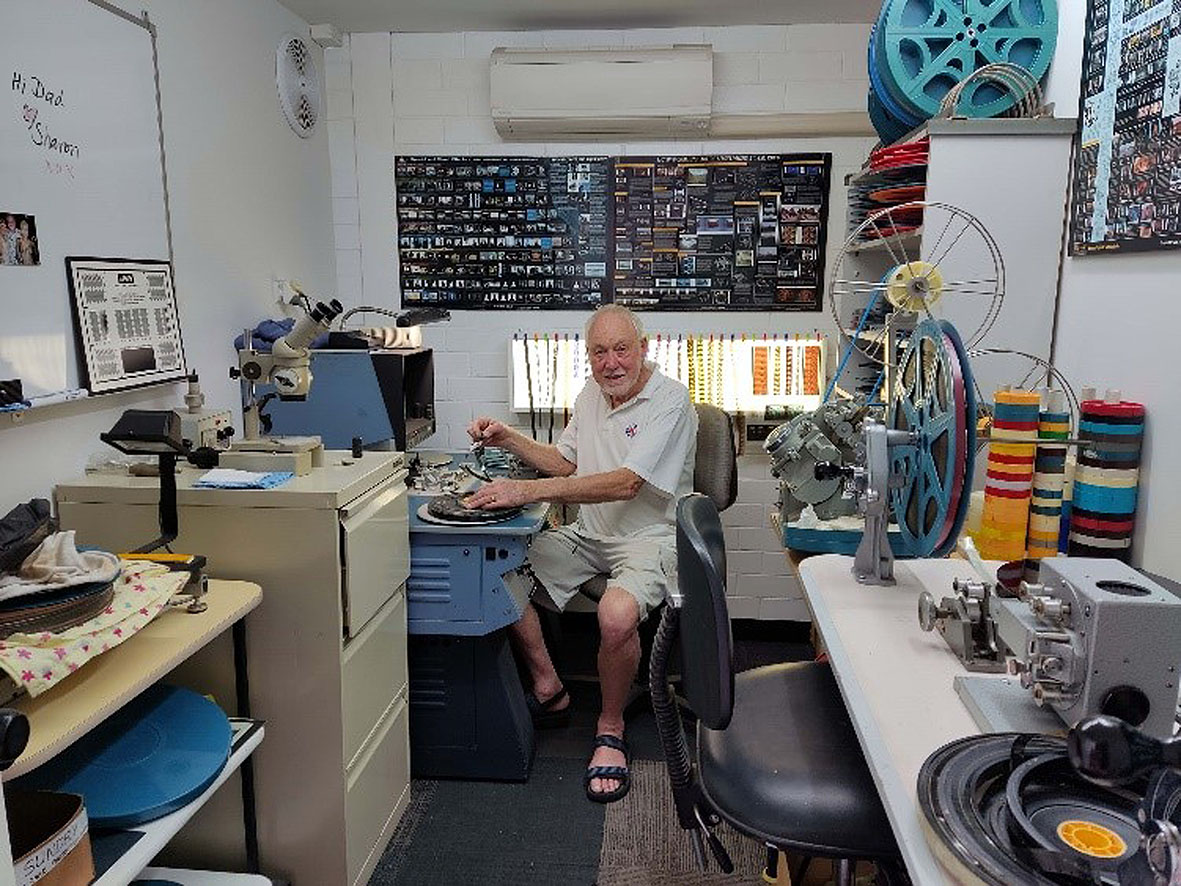