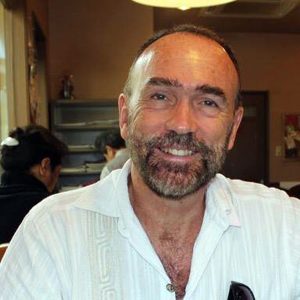 Professor Volker is a linguist living in New Ireland, and an Adjunct Professor in The Cairns Institute, James Cook University in Australia. He welcomes your language questions for his monthly discussions at

For most people in Papua New Guinea (PNG) today, the answer to ‘How do Papua New Guineans count?’ will probably be ‘we count just like Australian, American, and British people do.’ Even if they normally use a vernacular language for other purposes, most people today use English numbers, especially for anything to do with money. This is true even if they do not speak English. For example, in Tok Pisin, most people have dropped the older Tok Pisin forms such as ‘tupela ten na et’ (2 x 10 + 8) in favour of English ‘twenti-et’. This use of English covers up the fact that Papua New Guineans have traditionally had very diverse and often very complicated ways to count.

Some PNG languages follow this base-10 system, but a great many do not. The Huli, for example, have a base-15 system, so they have individual names for numbers from 1 to 14, but then organise larger numbers in groups of 15. Thus, while Europeans think of 48 as 4 groups of 10 plus 8, to Huli speakers this is 3 groups of 15 plus 3. If we wrote numbers down according to Huli instead of European-Asian way of thinking about numbers, we would write it ‘33’ (3 x 15 + 3) instead of ‘48’ (4  x 10 + 8). Either way, the number would have the same value, but the units would be grouped and expressed differently.

Other languages group numbers in very small units, with base-3 and even base-2. We should not think of these systems as being primitive because they use this kind of base system. Computers use a base-2 system, and all the calculations that computers and calculators make, use this base-2 system, which is sometimes called the binary system.

A few languages do not use a base system at all. One of these is the Alamblak language of the Angoram District of East Sepik, which has only four ‘real’ words for numbers: 1, 2, 5, 20. All other numbers are an equation based on these words. The number 59, for example, is formed with words that have the meaning (20 x 2) + (5 x (2+1) + (2+2). Mental arithmetic was obviously not a problem in this society!

Systems that do have a base system tend to group numbers in units that are based on the human body, since we tend to use our body parts to count or to express numbers with gestures. The English base-10 system, for example, is based on the number of fingers and thumbs humans normally have. Many languages use a base-5 system based on only one hand, while others use a base-20 system using the toes as well as the hands.

A number of languages use a base-12 system based on the fingers, toes, and wrists. Many mathematicians say this dozenal system (named after ‘dozen’) would be the most efficient system to use because 12 is easily divided by many numbers (2, 3, 4, and 6), whereas 10 is easily divided by only 2 and 5. There is even a Dozenal System in Europe and the USA that advocates switching to the base-12 system of some PNG languages.

One of the most complicated systems based on the human body is the counting system of the Oksapmin language. The Oksapmin people have identified 27 body parts going from one thumb around the hand to the parts of one arm, the neck, and shoulders until they go to the other arm. They therefore group numbers in groups of 27 and point to different parts of their body to indicate numbers from 1 to 27 silently.

The most comprehensive collection of counting systems in PNG languages was made by Glendon Lean, a PNG University of Technology lecturer in the 1980s and published as a series of books, one for each province, in 1991 by the PNGUT Department of Mathematics and Statistics. He gathered information for 539 languages, so while this is not completely comprehensive, it is a remarkable collection of data. Unfortunately, these volumes have not been digitalised and put online, so we must go to one of the few university libraries in the country to access them.

A more accessible collection of data about counting systems in PNG and elsewhere in the world has been put online by Hong Kong linguist Eugene Chan, who is attempting to document as many of the world’s counting systems as possible. You can see if your language is represented on his website at: https://mpi-lingweb.shh.mpg.de/numeral/. He welcomes corrections or data from languages that are not on the website. His email is   euslchan@yahoo.com.

In Western countries, mathematics teachers often introduce students to different base systems to give them practice in thinking more flexibly about mathematic concepts and to help them realise that there are numerous ways of presenting numbers. With their many counting systems using diverse ways of representing mathematics, PNG languages provide us with tools to do this with the traditional languages people still speak. It is important that we do not let these tools disappear.