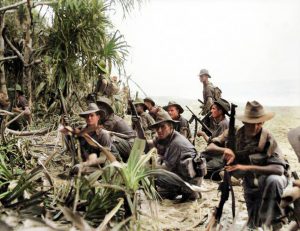 The final Japanese surrender in PNG came one month after VP Day, on 15 August 1945—seventy-five years ago. It marked the end of the war against Japan in the Pacific and the end of World War II. However, as celebrations reverberated around the world, isolated groups of Japanese continued fighting in PNG.

In the Aitape-Wewak region, General Adachi of the Japanese XVIII Army had vowed to fight to the end. It was not until 13 September, almost a month after VP Day that he surrendered to Major General HCH Robertson, of the Australian 6th Division, at a ceremony at Cape Wom, near Wewak.

By then General Adachi’s once proud army of 100,000 men had been reduced to about 13,000. His men died on the battlefield, from disease and from starvation. Earlier the Japanese had defended Wewak with utmost heroism. 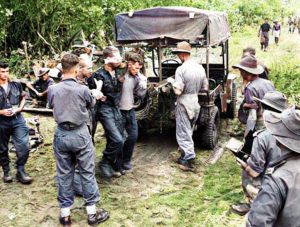 A wounded Australian soldier being helped to a jeep-ambulance on a forward track in the Aitape Sector.

At the end, fighting from caves in the cliffs, many Japanese refused to surrender and were sealed beneath by explosive charges set off at the entrances.

Several hundred 6th Division troops were present at the surrender ceremony, when General Adachi was ordered to hand over his sword.

He appeared very taken aback before taking two paces to the rear, stopping for a few moments, then handing his sword to General Robertson. General Adachi was escorted to the surrender table by two Australian Army military policemen. 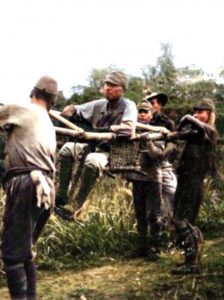 On the way to the surrender, Lieutenant General Adachi, was carried in a litter by his troops.

After the war, General Adachi was convicted of war crimes and sentenced to life imprisonment. He committed suicide in 1947 after writing a letter which was described as ‘a moving document of soldierly loyalty and an eloquent condemnation of the futility of war’.

The Aitape-Wewak campaign, along with the campaigns on Bougainville and New Britain, came in for considerable criticism from both Australian and Japanese officers, who found it difficult to understand why such aggressive actions should be fought as the war was ending.

Senior Australian officers, including General VAH Sturdee and Brigadier HH Hammer, referred to the ‘military futility’ of the  campaigns. Japanese staff officers on Bougainville believed the campaigns were ‘absolutely pointless’, and that world prestige gained by Australia would not compensate for the loss of life and equipment. On the other hand, it was argued that the campaigns were justified as there was an obligation to liberate the people of PNG as quickly as possible from Japanese rule. In many areas, Japanese occupation was creating terrible privation. 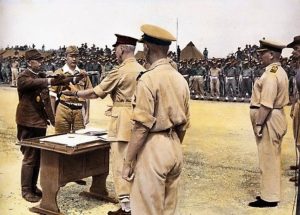 It is likely that these campaigns were fought because General Blamey wanted to continue in command of a large army in the field, and because John Curtin, the then Prime Minister, and certain members of his Cabinet believed that a continued active fighting role would strengthen their position in the coming treaty negotiations. 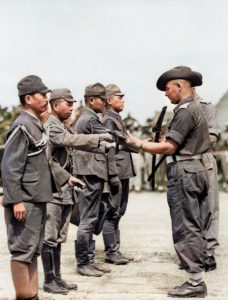