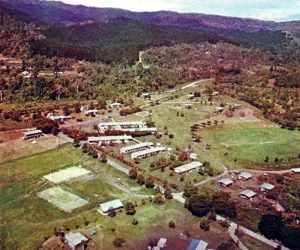 The first intervention into PNG’s Forest Sector was early man who was a hunter and food gatherer. Archaeological evidence indicates that humans arrived on New Guinea perhaps 60,000 years ago. They probably came from Southeast Asia during an Ice Age period when the sea was lower and distances between the islands shorter. Although the first arrivals were hunters and gatherers, early evidence shows that people managed the forest environment to provide food. There are also indications of Neolithic gardening having been practised at Kuk while agriculture was developing in Mesopotamia and Egypt.

The second intervention into PNG’s forested lands occurred some 5–10,000 years ago, when new arrivals brought with them the knowledge of gardening and the plants to cultivate, most of which had their origin in the rainforests of Southeast Asia. They brought basic elements for a subsistence economy: plants like taro, yam, banana and coconut as well as three domesticated animals—the pig, dog and chicken.

In PNG they found a few native plants suited to cultivation such as sago palm, sugar cane, certain types of bananas and breadfruit. For thousands of years, these people as the sole inhabitants of PNG, the forests of PNG made a vital contribution to their lives and livelihood. To the hunter, the forests meant birds and animals for food and personal adornment. In the forest clearings people made gardens.

From the forest wood, people shaped their garden implements, carved their spears, bows and arrows, their clubs and other weapons for hunting and war. The forests gave them fuel, bark and fibre for clothing. It provided timber for shelter, and thatching for roofs. The forests gave them their sole means of transport, i.e. the canoe log. The people whose technologies included bone, wood and stone tools, had a productive agricultural system. They traded along the coast mainly in pottery, shell ornaments and foodstuffs, and in the interior exchanging forest products for shells and other sea products.

The third intervention came in the 19th century with the arrival of Europeans. Initially, the newcomers had little impact on PNG’s forested land or the role the forests played in the customary life of the people. In his book, The Plantation Dream, DC Lewis provides a detailed analysis of land settlement by Europeans, and the early vicissitudes of plantation agriculture in British New Guinea and Papua before the outbreak of war in the Pacific in 1942.

The fourth intervention came in the 20th century with World War II. The demands and devastation caused by the war, the expanded services needed to cater for the immediate development of the community, plus an increased demand for sawn timber in Australia provided the impetus to expand the scope of the forests from their traditional role. 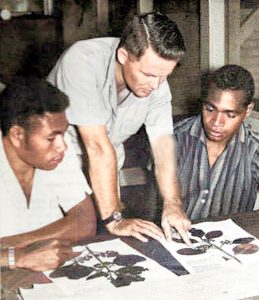 The fifth intervention came in the 1960s with the United Nations’ Sir Hugh Foot Report to Trusteeship Council of 1962, and subsequent World Bank Economic Report of 1965, setting out the framework for agricultural and forestry development. This included a major assessment of PNG’s forest resources and the need for agricultural development for oil palm clearing large tracts of forested land for the planting of oil palm. The development of this agricultural pursuit also saw PNG enter the global log-export trade because the large-scale clearings created an enormous quantity of felled trees, which if not sold were to be burnt.

The sixth intervention came in 1968 with the House of Assembly announcing a development program for the PNG Forest industry (1968–69 to 1972–73) which greatly impacted on the forested lands of PNG. Much of the existing forest development in PNG today stems from that plan. The major objectives of that plan were to: 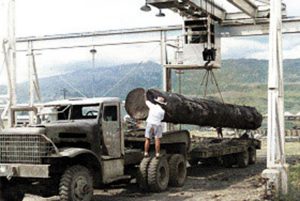 (In 1996, the PNG logging code of practice was formally adopted by the PNG government).

The establishment of the Bulolo Forestry College in 1962 was the commencement of formal technical training for Papua New Guineans. The first principal was Joe Havel with Bill Finlayson, followed by Leon Clifford; then Robin Angus and later John Godlee. The College was opened by the Minister for Territories, the Hon. CE Barnes MP on 3 August 1965. It was then known as the Papua and New Guinea Forestry School, Bulolo.

Editor’s Note: This article was originally published in PNGFA Magazine, 21 October 2021 and is reproduced here with permission.