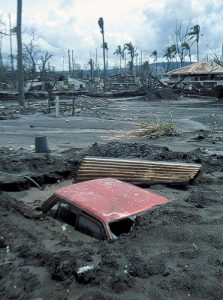 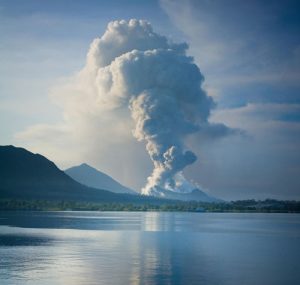 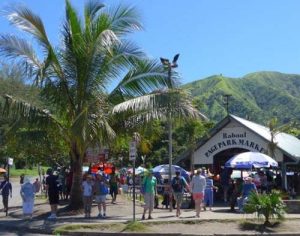 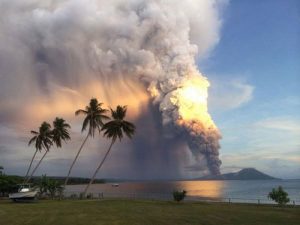 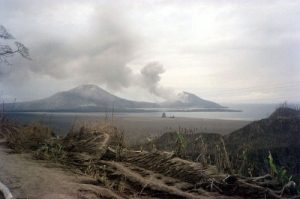 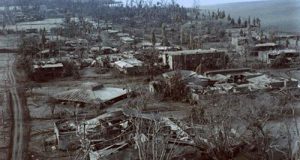 It has been twenty-five years since the major eruption on 19 September 1994 of volcanoes Vulcan and Tavurvur, destroyed the once-picturesque coastal town of Rabaul, then the capital of East New Britain Province.
THERE WERE ONLY nineteen hours of warning, but the town and most nearby villages were evacuated before the eruption. Five people were killed—one of them by lightning from the eruptive column—but the planning and evacuation drills helped keep the death toll low.
During the eruption, ash was sent thousands of metres into the air and the subsequent rain of ash caused eighty per cent of the buildings in Rabaul to collapse, destroying the airport and covering most of the town with heavy ashfall.
The eruption, and continuing low and modest levels of activity, prompted moving the provincial capital to Kokopo, the former German Herbertshöhe.
Nonetheless, Rabaul is slowly rebuilding in the danger zone. Vulcan has remained quiet since 1994, but eruptions from Tavurvur, small and large, occur intermittently, with the most recent of note being in 2009 and 2014.
Today, Rabaul is a major tourist destination, popular for its volcanoes, diving sites, WWII history and cultural life—with many cruise ships visiting each year.