Available from the Papua New Guinea Association of Australia:

Personal stories of those who face WWII on Australian territory and our greatest maritime disaster – the sinking of the Montevideo Maru.

In January 1942 Rabaul was Australia’s front line in the Pacific war.  This war was fought on Australian soil against Australian people.  It was a critical time in the history of both Australia and what was then the Australian Mandated Territory of New Guinea.

This book is a collection of personal stories, memories and reflections that enhance the history of civilians and soldiers living in Rabaul, Kavieng and the New Guinea islands at the outbreak of World War II, who suffered a fate that is seldom acknowledged— when the Japanese bombed, and subsequently invaded Rabaul, the capital of New Guinea, in January 1942. There are stories of evacuation, escape, massacres and prisoners of war. The stories also cover the largest maritime disaster in Australia’s history, where 1,053 prisoners of war and civilian residents were loaded onto a Japanese merchant vessel, Montevideo Maru. All perished at sea when the unmarked boat was sunk by a US submarine on 1 July 1942 off the coast of the Philippines. 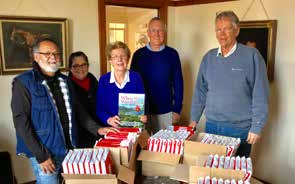 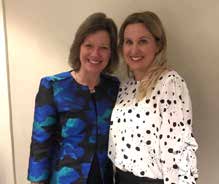 When the War Came, published to commemorate the 75th anniversary of this period in the New Guinea Islands, validates and brings into focus the actions and characters of young men, who left home to willingly serve their country, and then literally vanished off the face of the earth; of nurses and missionaries who volunteered to stay to help both the war effort and the local people; and of civilians— both men and women—caught at home on WWII’s Pacific front line.  Alongside are incredulous stories of escape and survival in an environment that threw every obstacle in their path. Their journeys deserve to be heard, too.

Abandoned and Sacrificed: The Tragedy of the Montevideo Maru

Additional info :  over 230 photographs, 8 maps, 15 sketches and documents (all black and white); references and footnotes

Abandoned and Sacrificed The Tragedy of the Montevideo Maru is the forgotten story of Australia’s worst maritime disaster.  Experienced maritime war historian Dr Kathryn Spurling tells how the victims came to perish on the Japanese hellship and reveals why the Australian Government continued to cover-up the details of the sinking long after the war.

Rabaul, New Guinea, is a tropical paradise, but between January and July 1942 it was a tragic and terrifying place. Hundreds of Australian defence force volunteers and civilians were massacred by the invading Japanese. Forced into the holds of the hellship Montevideo Maru, a further 1053 perished in Australia’s worst maritime disaster. On 22 June 1942, 845 military POWs and over 200 civilian internees left Rabaul on the Montevideo Maru, a freighter requisitioned by the Japanese navy, for Hainan, off the southern coast of China. On 1 July this vessel was torpedoed and sunk by the submarine USS Sturgeon close to Luzon, resulting in the deaths of all prisoners and internees on board. Most were barely adults, still too young to vote. All were forsaken and sacrificed by Australia’s government and military leaders. Decades of official denial and subterfuge have ensued, as families continue to fight for the truth and to understand why the Australian Government was so slow in admitting this ever happened.  Having made contact with many families of civilian and military personnel who perished on the Maru, Dr Spurling’s book uncovers the forgotten story … how young and inexperienced the soldiers were who were sent to Rabaul in 1941; and the ensuing Government denial and cover-up (Australian Prime Minister Menzies noted that the matter should not be pursued because it might endanger post-war trade with Japan!) 22 June 2017 is the 75th Anniversary of the sinking of the Montevideo Maru … a dark, relatively unknown chapter in Australian military history. Through working directly with the families and friends of the victims, Dr Kathryn Spurling has documented their history in time to have the book out for this anniversary. Whilst there have been several books written, particularly on the military personnel, Dr Spurling has written a book more focussed on the families and loved ones whose lives were greatly impacted by this event.  The Foreword is written by Gordon Ramsay MLA and a Preface by Andrea Williams.

http://press.anu.edu.au/publications/series/terra-australis/ten-thousand-years-cultivation-kuk-swamp-highlands-papua-new
DOI:
http://dx.doi.org/10.22459/TA46.07.2017
Kuk is a settlement at c. 1600 m altitude in the upper Wahgi Valley of the Western Highlands Province of Papua New Guinea, near Mount Hagen, the provincial capital. The site forms part of the highland spine that runs for more than 2500 km from the western head of the island of New Guinea to the end of its eastern tail. Until the early 1930s, when the region was first explored by European outsiders, it was thought to be a single, uninhabited mountain chain. Instead, it was found to be a complex area of valleys and basins inhabited by large populations of people and pigs, supported by the intensive cultivation of the tropical American sweet potato on the slopes above swampy valley bottoms.

With the end of World War II, the area, with others, became a focus for the development of coffee and tea plantations, of which the establishment of Kuk Research Station was a result. Large-scale drainage of the swamps produced abundant evidence in the form of stone axes and preserved wooden digging sticks and spades for their past use in cultivation.

Investigations in 1966 at a tea plantation in the upper Wahgi Valley by a small team from The Australian National University yielded a date of over 2000 years ago for a wooden stick collected from the bottom of a prehistoric ditch.

The establishment of Kuk Research Station a few kilometres away shortly afterwards provided an ideal opportunity for a research project.