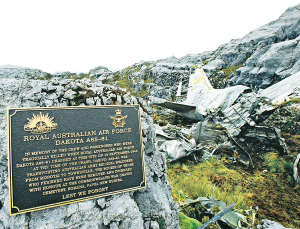 If you fly in the Papua New Guinea Highlands on a cloudless day you may see a sight seldom encountered elsewhere in the world: the wrecks of aircraft still lying where they abruptly collided with the terrain. Sometimes you see two or three simultaneously, glinting in the sunlight. From a distance some may appear undamaged, lying in plan form against the slope  of the mountain they ran into, usually just below the summit.

Although some have been there for decades, they share some commonality. Their pilots were flying in cloud at what they thought was a safe altitude, sufficient to clear the mountains below. Invariably, they have seen the terrain at the last moment, and desperately hauled back on the controls to climb or turn. The visibility in the cloud has been such that in the remaining second of flight the aircraft merely changes its attitude, sometimes hitting the ground with such force that it explodes into a thousand pieces, or impacting so nose high that all force is transmitted through the floor of the aircraft. Whichever, there are invariably no survivors.  Mercifully, it is very quick. Unless the passengers are looking out forward at the cloud, their end is instantaneous and totally unexpected. Rescuers can only retrieve the bodies and leave the rest.

There is nothing salvageable.

Sometimes, as a result of fire or disintegration the remains of the aircraft may be difficult to find, and they remain undiscovered for years or even decades.

An identical scenario occurred tragically in what is now the Indonesian province of Papua, in the worst peacetime air crash in Australia’s military history. 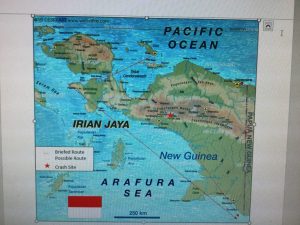 A RAAF Dakota (or DC-3 as they became commonly known) was discovered in 1967 close to the PT Freeport mine at an altitude of about 14,000 feet, in a ravine just below the highest summit of the vertical face of what is now Puncak Jaya, in the Carstairs (Carstenz) Range. The MAF pilot who found the wreckage originally thought it was a Dutch aircraft. He could do little but record the sighting. The following year, he was able to fly back to the area in a Bell JetRanger helicopter. In an exceedingly dangerous operation – the helicopter would have been at the very limit of its performance at that altitude – they were able to land and identify the Dakota as VH-CUT (clearly marked on the remains of the tail).

VH-CUT was a RAAF callsign (not a commercial registration) allocated to the Directorate of Air Transport, an organisation under the US Army Air Force which controlled all transport aircraft within the South-West Pacific area. This 38 Squadron aircraft was tasked on 18 September 1945 (a month after hostilities ended) to fly a number of wounded Australian Army personnel from Morotai to the north of then New Guinea via Biak, Horn Island and thence to hospital in Townsville. Twenty-nine people were on board, including one army officer not manifested, who jumped on at Biak.

The wounded were accompanied by medical staff, and RAAF crew and personnel. The aircraft was briefed and planned to fly southwest to cross the low and narrow isthmus on the northwest of the main island of New Guinea to the Arafura Sea. This would avoid the mountains and associated weather. Very importantly. it would allow a much lower level of flight to reduce the real possibility of complications to the wounded patients from changing atmospheric pressure and lack of oxygen at high altitudes. The main mountain range on the island of New Guinea has many peaks above 16000 feet. The Dakota would then continue to Horn Island coastal or over water. This was the sensible route. 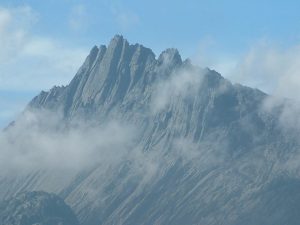 No one will ever know what flight path the Dakota followed. Why would a pilot venture needlessly across very high mountains? Conditions on departure from Biak were fine, with scattered cloud. No radio transmissions were ever received, despite the briefed procedure to call after departure and upon reaching cruise altitude. The aircraft simply disappeared, and it and its occupants were listed as missing – except the non-manifested passenger.

The Dakota actually impacted the southern face of Mount Carstensz just below the summit heading north, and dropped into the ravine 100 feet below where the scattered wreckage burned.  Differing accounts give the altitude as 13,000 feet or 14,000 feet. The wreckage was located about 120 miles east of the planned Gelvink-Volgelkop Neck route.

There were no survivors. Mercifully, the occupants would not have suffered. 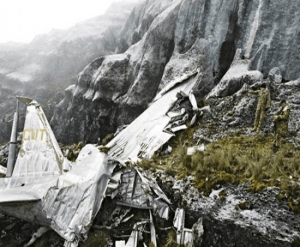 The wreck of the RAAF Dakota at the crash site.

From a pilot’s perspective, and not knowing the weather encountered west and south of the island of New Guinea, one can only guess that the RAAF pilot chose to deliberately cross the mountains to shorten the flight. He may have encountered cloud on the mountain tops and become disoriented.  If he did safely cross into the Arafura Sea at low level, he must have been disoriented and confused to then turn north and climb to 14,000 feet.

The RAAF conducted three very difficult helicopter operations into the high-altitude area, in 1970, 1999 and 2005 to recover the occupants’ remains and, where possible, personal effects for their families. They erected a plaque on site in memory of the those who died. In moving ceremonies at Bomana War Cemetery in 1971 and 2005 the remains were interred with full military honours. Sixteen were buried in collective graves, while the others were interred individually. The officer who had boarded at Biak was fortunately identified; he had previously been listed as MIA in Lae cemetery.

The discovery of VH-CUT gave dependents and relatives closure after decades of living with their loved ones being listed as Missing.

This story is yet another chapter in the sad history of flight in New Guinea, on both sides of the border. The accident rate has always been high, with aircraft operating at the very limit of their capability, with poor infrastructure and a lack of resources to monitor, assist and regulate air traffic. Add unpredictable weather and mountainous terrain plus operational, commercial and personal pressures to get the mission completed, and the potential for disaster is always there.