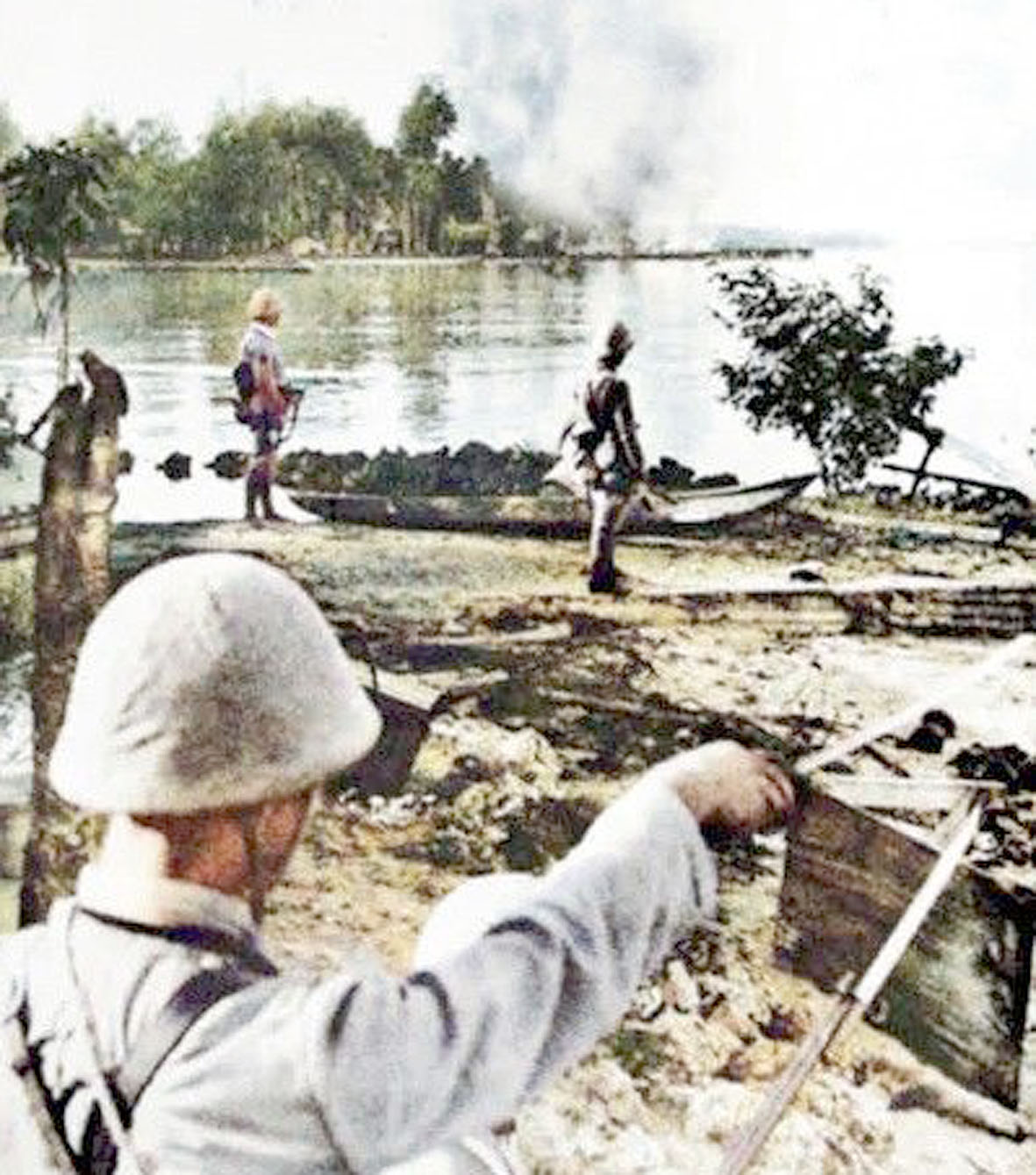 Eighty years ago, in what was one of the longest and most arduous rescue trips in the Pacific war zone, five civilians, survivors of a party of twenty-nine, got clear of the Japanese at Kavieng, in New Ireland, travelled nearly 1,000 miles of hostile land and sea and, en route, helped to rescue 37 American airmen, most of whom had been forced down during the Battle of the Coral Sea.

The story is told by Mr WR Thomas, of Sydney, who was radio telegraphist in charge of the AWA radio station at Kavieng at the time of the first Japanese air attack there on 21 January 1942. The station was badly damaged, but Mr Thomas was uninjured, and got clear with a teleradio set. By schooners and punts, he and some of the other survivors escaped and hid in a swamp. Here he made wireless contact with Port Moresby. A week later, the hideout was virtually surrounded, and in his last messages to Port Moresby from the swamp Mr Thomas said the chances of escape seemed hopeless, and he was ordered to destroy the radio.

It was then that a friendly native penetrated the Japanese cordon and brought news that a lorry, hidden off the road near Kavieng, had not yet been discovered by the enemy. By stealth and at night those of the party who elected to take the risk, sneaked out of the swamp, made their way to the lorry, and got away to the other side of the island.

However, there were many tremendous hazards ahead. The objective of the party was to reach Tulagi in the British Solomons. A boat was necessary, which they found and installed the engine from a lorry and, with a propeller and shaft retrieved from another part of the island, motorised the craft. Seven perilous weeks after the getaway from Kavieng, the party again put to sea.

But, when they were within easy reach of Rabaul, the engine broke down, and the party travelled 40 miles back towards Kavieng. Notwithstanding the presence of the Japs, the little group reconnoitred until a small punt was discovered 100 miles down the coast. It was a dangerous coastline, and the punt was wrecked on a reef, but they found a small Chinese-owned schooner, which took the party back to New Ireland, where they discovered the Japs had taken Tulagi and Bougainville. The party was advised to make due south for Papua in the schooner. But after weeks of dietary deprivations, the food situation had gravely deteriorated.

It was seven days before the schooner made a landfall at Buna where, for the first time, the escapees were out of enemy territory, and there was a week’s blessed rest. Then they were ordered on to Oro Bay, there to join a larger boat, and proceed to Milne Bay, Samarai and Port Moresby. On that trip they rescued 37 American airmen, who had been forced down during the Battle of the Coral Sea.

At the end of that fateful May in 1942, the five Kavieng men reached Port Moresby. In the four and a half months they had travelled approximately 300 miles on and around enemy-occupied New Ireland, and the sea voyage on to Papua involved nearly 700 additional miles in hostile waters.